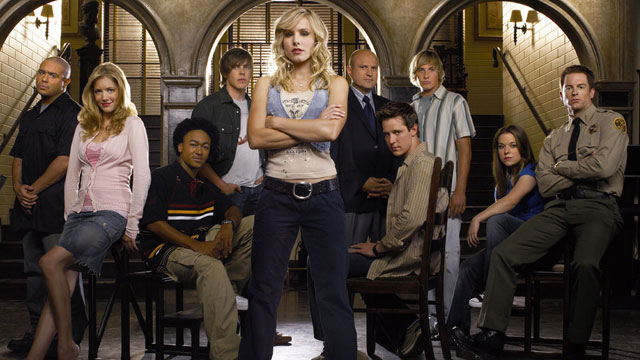 "Veronica Mars" fans have been requesting a movie ever since the UPN show went off the air in 2007, and now our dreams are closer to reality than ever before.

RELATED -- Kristen Bell is one of 2012's biggest entertainers

Along with creator Rob Thomas, Kristen Bell is backing a new Kickstarter campaign (the goal is to raise $2 million in 30 days) with the aim of filming "Veronica Mars: The Movie" this summer!

"Dearest marshmallows," Kristen writes on the official Kickstarter page, "I am currently the happiest blonde in a hamster ball the world has ever seen. We have been waiting so long to make this movie dream a movie reality, and it's because of YOUR commitment, YOUR persistence, that we finally have a chance. We just have one more step to go."

And this isn't just a pipe dream as Warner Bros. Digital Distribution has committed to back the movie and pick up the marketing, promoting and distribution costs if the initial funds are raised!

To further prove how serious the cast is about making this happen, Bell and Thomas recruited some of the "Mars" men to film a short video in hopes of earning your love (ie: money). Watch it below: