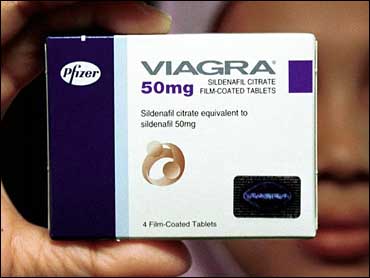 Pfizer said it had been issued an additional patent on Viagra and that Cialis, a drug that will be marketed by Indianapolis-based Lilly and Icos Corp., and Levitra, which will be marketed by GlaxoSmithKline and Bayer AG, infringe on its new intellectual property.

All four of the companies and a joint venture between Lilly and Icos were named in the lawsuit filed in U.S. District Court in Delaware.

"Pending that review, we don't exactly have much to say," Hartman said. "We know the courts will decide exactly what this patent covers."

Robert Hazlett, an industry analyst with SunTrust Robinson Humphrey, said Pfizer's lawsuit likely would not have long-term effects on Lilly.

"It may give investors angst in the short term, but I think in the long run it will be resolved in Lilly's favor," Hazlett said.

GlaxoSmithKline spokeswoman Patty Seif said the company hadn't seen the lawsuit, so it would not comment. The other companies did not immediately return calls for comment.

Viagra is the only major player in the erectile dysfunction market and garnered sales last year of $1.5 billion.

Generic drug companies have often accused major pharmaceutical companies of listing new patents and filing infringement suits as ploys to keep cheaper versions of the medicines off the market. There are dozens of such suits in litigation, but such cases between major drug companies are rare.