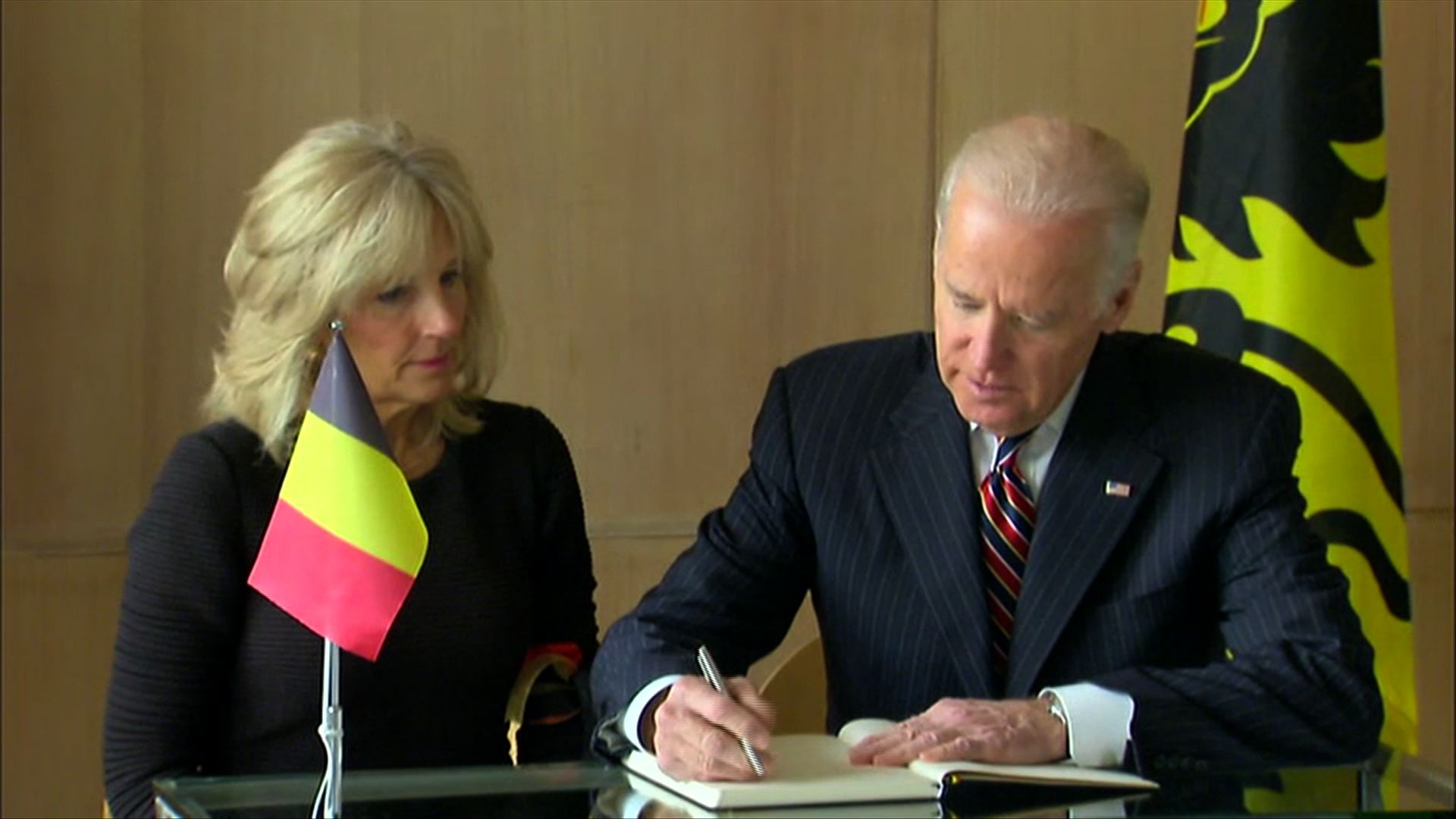 The Bidens visited the embassy, which is not far from their home at the Naval Observatory, and greeted Belgian Ambassador Johan Verbeke.

The vice president and his wife then spent a few minutes writing notes in a book of condolences at the embassy.

President Obama and the rest of the First Family are currently abroad in Argentina, after spending a few days in Cuba. Mr. Obama addressed the Brussels bombings during a speech to the Cuban people on Tuesday morning.

Speaking to cameras on his way out Wednesday, Biden suggested Belgium is dealing with the problem of poor communication among government agencies in terms of sharing intelligence. He said that it took the U.S. government a while to nail that down.

"On behalf of the president, I can say we are prepared to provide any and all information, capability, technology, anything we have," Biden told Ambassador Verbeke.

According to the federal prosecutor on Wednesday, 31 people died as a result of the bombings that struck Brussels' airport and a subway station by the European Union. The prosecutor said 270 people were injured.

Two suspects have not yet been identified. One was a dead suicide bomber and the other is still on the loose.