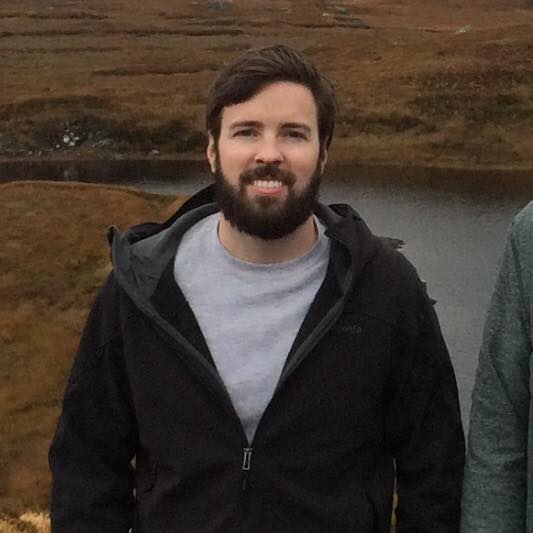 JERUSALEM -- Palestinian attackers unleashed multiple assaults on Israeli civilians and police on Tuesday, including an attack in the ancient Mediterranean port city of Jaffa in which an assailant stabbed seven people, killing one man and wounding the others before he was shot and killed, police said.

Force, a 28-year-old MBA student, died during a school-sponsored trip to learn about startup companies overseas. Vanderbilt Chancellor Nicholas Zeppos, in a letter notifying students, faculty and staff, called the incident a "horrific act of violence" but provided no details.

He was a West Point graduate who served tours of duty in Iraq and Afghanistan, officials said.

The Department of State released a statement on the attacks: "The United States condemns in the strongest possible terms today's outrageous terrorist attacks in Jaffa, Petah Tikvah, and Jerusalem, which tragically claimed the life of U.S. citizen Taylor Allen Force and left many others severely injured," the statement read. "We offer our heartfelt condolences to the family and friends of Taylor and all those affected by these senseless attacks, and we wish a speedy recovery for the injured. As we have said many times, there is absolutely no justification for terrorism. We continue to encourage all parties to take affirmative steps to reduce tensions and restore calm."

A dozen Israelis, civilians and police officers, were wounded in the day's attacks.

CBS News correspondent Margaret Brennan reports that the attacker was a 22-year-old man from the West Bank. So far it does not appear that he was affiliated with any terror group.

The attack took place as Biden was meeting with former Israeli President Shimon Peres nearby, at the Peres Center for Peace in Jaffa.

It was the latest bloodshed in more than five months of near-daily Palestinian assaults on civilians and security forces that show no sign of abating. Along with the Jaffa assailant, three other Palestinian attackers in Tuesday's assaults were shot and killed by Israeli security forces.

"I notified the vice president on the terrible incident that took place just a few hundred meters away from here in Jaffa," Peres said. "Terror leads to nowhere neither to Arabs nor to us," Peres said standing next to Biden.

"The majority of the people know there is no alternative to the two-state solution ... and we shall follow with all our strength and dedication to make from it a new reality," Peres added.

Biden is to meet both Israeli and Palestinian leaders and there have been speculations he would try to revive the moribund Israeli-Palestinian peace talks.

The violence - mainly stabbings but also shootings and car-ramming attacks - has killed 28 Israelis, not including the man slain Tuesday.

In the Jaffa attack, Israeli Channel 2 TV interviewed a man identified only by his first name, Yishai, who described how he confronted the Palestinian attacker.

"I was sitting down playing guitar and I heard screaming from across the street," said the man, who wore a T-shirt of the rock band Tool. "I saw a man run at me with a knife, I ran at him with the guitar and smashed it in his head. He was so stunned and didn't know what to do with himself and then started running away."

Police said the attacker continued on his stabbing spree before he was shot and killed.

In other attacks Tuesday, a Palestinian opened fire at the police near Jerusalem's Old City in the late afternoon, wounding an officer before fleeing the scene.

In the chase that followed, the Palestinian wounded another officer before he was shot and killed, police said.

A short while before that, a Palestinian followed an Israeli into a store and stabbed him in the neck in the central city of Petah Tikvah before he was shot and killed.

Earlier in the day, a Palestinian woman in her 50s who tried to stab Israeli security forces was shot and killed by officers, also in Jerusalem's Old City, police said. No Israelis were wounded in that attack

Palestinians say the violence stems from frustration at nearly five decades of Israeli rule over the West Bank and east Jerusalem. Israel says the violence is fueled by a campaign of Palestinian lies and incitement that is compounded on social media sites that glorify and encourage attacks.

Also Tuesday, Israeli security forces sealed shut the West Bank home of a Palestinian who killed an Israeli border policeman in a November car-ramming attack in the West Bank. Israel says home sealing and demolitions are an effective tool to deter attacks. Critics say the tactic amounts to collective punishment.

Force, the American student who was killed, answered a question in an online school publication about what he would "ultimately like to achieve" at the institution by saying he wanted to "establish life-long connections and friendships with my fellow students from the U.S. and around the globe and that he "would like to help maintain and promote" the school's "altruistic culture."