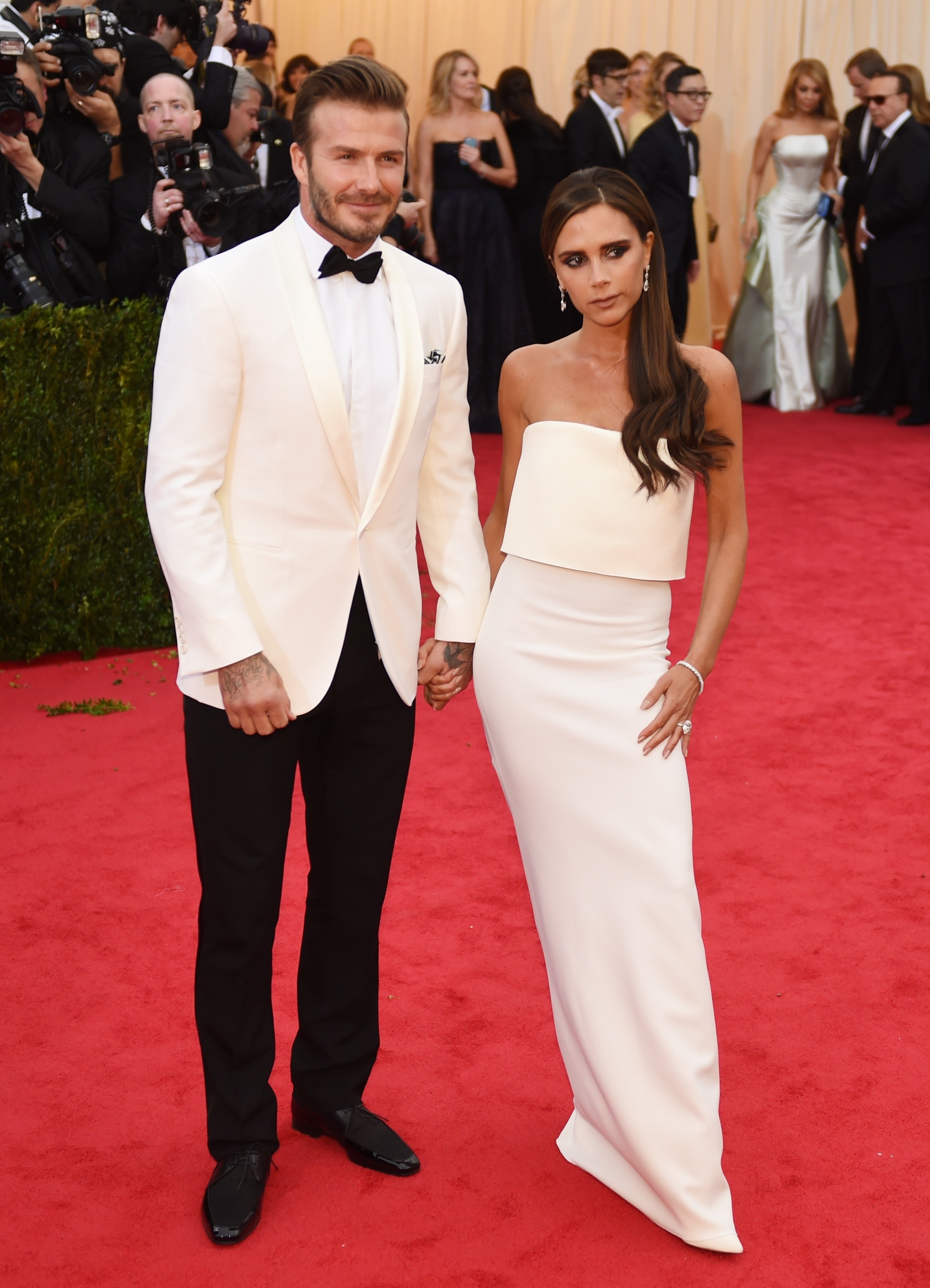 Victoria and David Beckham have been married for 17 years and share four children, but the famed fashion designer remembers the moment they met like it was yesterday. Victoria, 42, covers the October issue of British Vogue, inside penning a letter to her teenage self.

In the note, titled, “What I Wish I’d Known,” the former Spice Girl gets candid about her first encounter with the future soccer star.

“Yes, love at first sight does exist,” she wrote to her younger self. “It will happen to you in the Manchester United players’ lounge – although you will get a little drunk, so exact details are hazy.”

She also revealed her first impression of her future husband.

“While the other football players stand at the bar drinking with their mates, you will see David standing aside with his family. (He’s not even in the first team at this stage -- you are the famous one),” she writes. “And he has such a cute smile. You, too, are close to your family, and you will think how similar he feels to you. He’s going to ask for your number. (He still has the London-to-Manchester plane ticket on which you wrote it.)“

The mother of four also addressed some of her youthful insecurities, saying, “I know you are struggling right now. You are not the prettiest, or the thinnest, or the best at dancing at the Laine Theatre Arts college. You have never properly fitted in... You have bad acne. You think the principal has put you at the back of the end-of-year show (in a humiliatingly bright purple Lycra leotard) because you are too plump to go at the front. (This may or may not be true.)“

She went on to poke fun at her fashion evolution, from her wild Spice Girls days to her more refined looks present-day.

“You are going to have so much fun with your clothes – PVC catsuits; chokers that say absurd things; weird spiky blonde hair,” she wrote. “It will never occur to you that you appear ridiculous. You will turn up at awards ceremonies resembling a drag queen. But I look back at you and smile.

For her cover look, Victoria wore a belted trench coat with nothing else, flashing her wrist tattoo that features her husband’s initials.