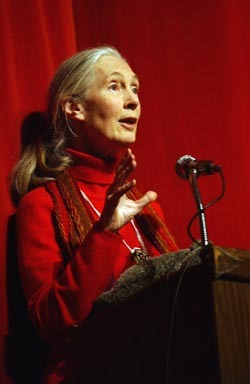 Musician Dave Matthews and Jane Goodall came together this week in Washington D.C. to celebrate the 50th anniversary of the British anthropologist's Envision for the Future.

Among other things, the duo took aim at politicians for not sticking their necks out more on controversial issues. Mathews, in particular, slammed the nation's current generation of political representatives for failing to exercise more courage when it came to taking stands on controversial questions. We had a camera on hand to record their words. Take a look at what they had to say.