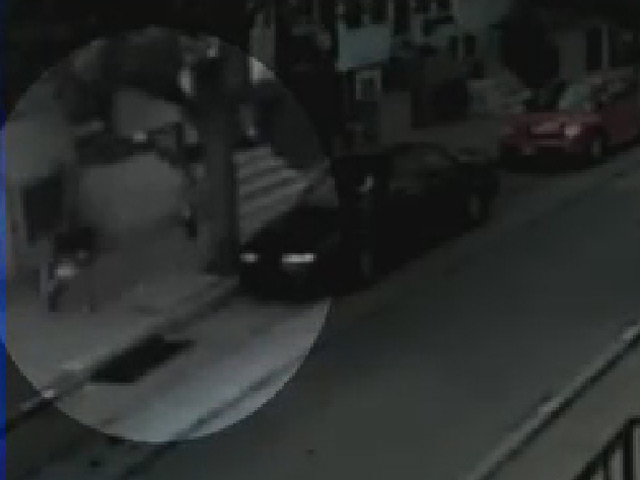 (CBS) PHILADELPHIA - A $10,000 reward is being offered for information leading to the arrest of a man caught on surveillance video trying to abduct a 10-year-old girl in broad daylight on Tuesday, reports CBS Philly.

Philadelphia police released the video, which shows the little girl kick and fight off her attacker before he runs away, during a news conference Wednesday.

"This is a sick individual, to do something like that," said Mayor Michael Nutter. "I want this creep off our streets immediately."

The girl's father, who spoke on condition of anonymity, told CBS Philly that his daughter was walking from her mother's house with her 2-year-old brother when the man approached her, put his hand over her mouth, picked her up and attempted to take her. After the 30-second struggle, the suspect gave up and fled.

Police described the suspect as a Hispanic man about 6'2" tall with a mustache and a thin build. He was last seen driving a white four-door sedan, believed to be a late 1990's or early 2000's Mitsubishi or Nissan. The vehicle has a black scuff mark on the driver's side rear bumper and a dent on the left front fender wheel-well.