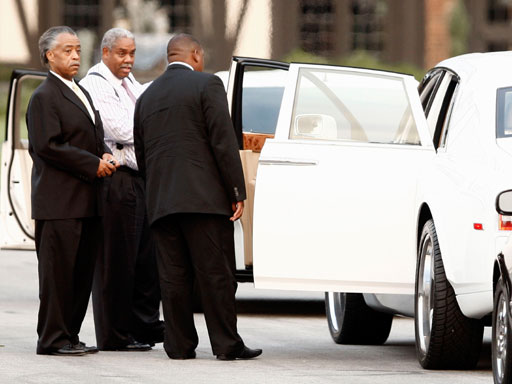 The Vietnam Veterans Memorial has helped heal a wartorn nation and inspire tributes to other victims of tragedy.

The 58,229 names of those killed or missing in the war from 1959 to 1975 - all inscribed in black granite - are being read aloud over four days to help mark the memorial's 20th anniversary.

Michael Milan's uncle, Army Pvt. George W. Milan of Atlantic City, N.J., is among all those names. His should be read sometime this weekend.

Pvt. Milan was 22 when he was killed. His death came before his nephew was born. The wall bearing his name went up when the younger Milan was only 9.

Still, Michael feels a connection to his uncle and the service he gave his country.

"He's the reason I went into the Army," said Michael, a specialist from Evansville, Ind., as he used charcoal to rub his uncle's name onto paper in the blustery hours Thursday before the name-reading began.

"This memorial makes it permanent, what they went through," Milan said. "As long as this wall is here, people know what these soldiers fought for. They will know what they died for."

The recitation of names is part of the healing process that designer Maya Lin envisioned when she sought to build a memorial that would separate the nation's political divisions over the war from the human loss that resulted.

Its V-shaped arms were intended to draw people together at a quiet spot that dips below ground-level where, she hoped, people would grieve for those lost.

The past and present, Lin said, would meet on the shiny surface, where the chiseled names of the dead would mingle with the reflections of living visitors.

"This was something that gave Americans the license to mourn publicly," said Jan Scruggs, founder of the Vietnam Veterans Memorial Fund that is sponsoring the anniversary events.

A concert Wednesday was followed Thursday by a ceremony that opened the name-reading at the memorial. That endeavor was expected to take 65 hours over four days, ending at noon Sunday. Veterans Day will be observed there a day later.

The names form the structure's emotional centerpiece. Inscribed in chronological order of death, they make the war's cost personal. First listed is Army Maj. Dale R. Buis, 37, of Pender, Neb., one of two killed July 8, 1959. The last is Air Force Lt. Richard Vande Geer, 27, of Columbus, Ohio, one of 18 who died May 15, 1975.

On any given day, people leave notes, flowers and other trinkets. Someone left a can of beer Thursday, in a tribute to a soldier lost. Many make charcoal name rubbings to take home.

As a teenager in California, Carolyn Squires wore a bracelet bearing the name of Air Force Col. Stanley Scott Clark, even though she had never met him. On Thursday, she stepped back from rubbing his name and marveled - at the time passed, at the expanse of names and the unexpected feeling of being soothed by the sight of the wall.

"I was angry for a long time because when they came back, people treated them badly," Squires, now 45, said of returning veterans. "But now they are being honored."

The memorial has inspired the creation of others, such as one across the Potomac to the victims of the Sept. 11, 2001, attack on the Pentagon.

Choosing six finalists last month from some 1,126 entries, the Pentagon memorial's jury was struck by some familiar characteristics in the designs - quiet gathering places, visitor interaction, the inscription of every name.

"We began to realize what a powerful effect or influence the Vietnam Memorial had on our thinking," said jury member Terence Riley, chief curator of the department of architecture and design at New York City's Museum of Modern Art. "It has changed everyone's thinking about what a memorial is."