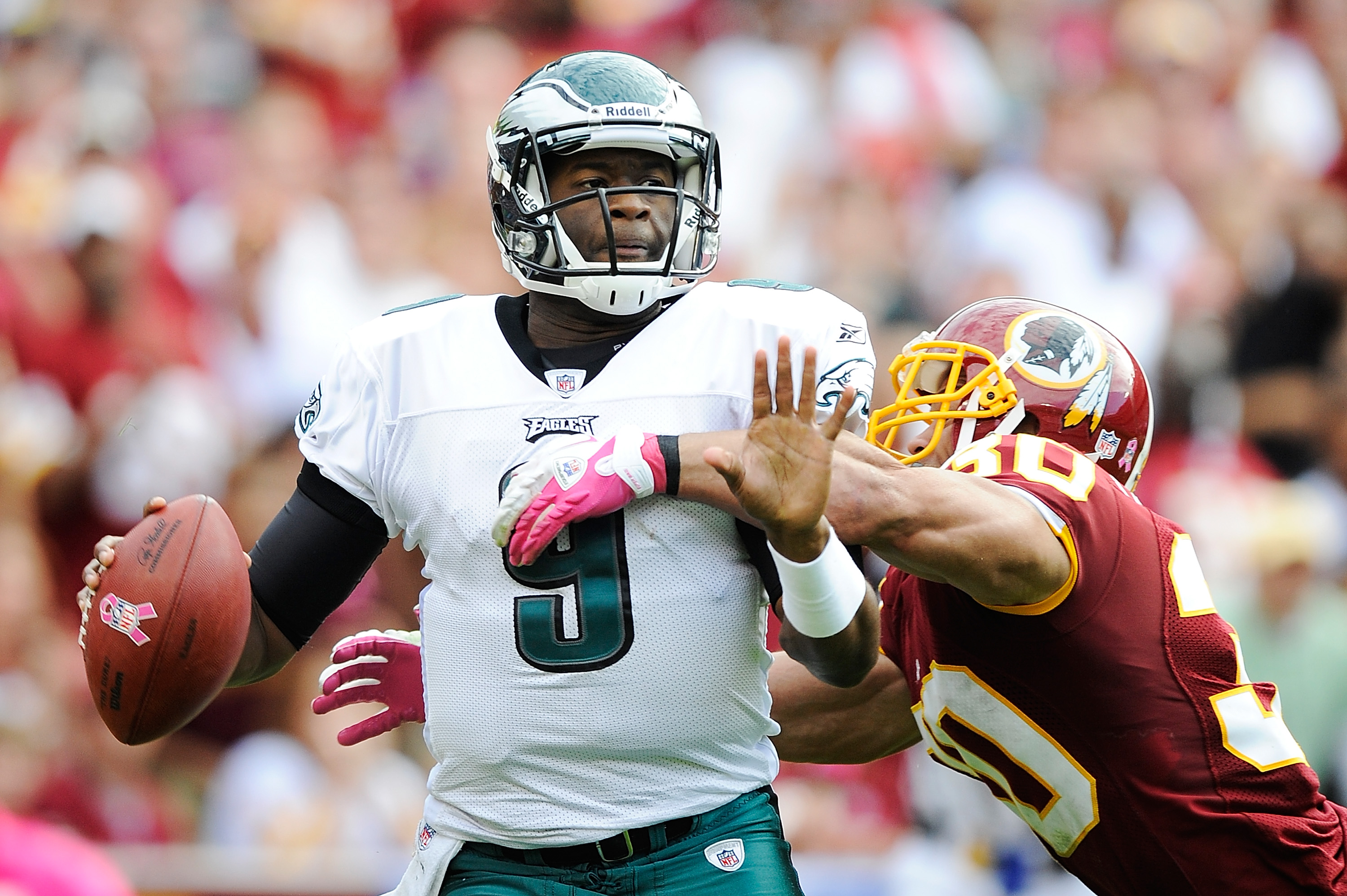 (AP) BUFFALO, N.Y. - When the Buffalo Bills failed to land a quarterback in the NFL draft last weekend, general manager Buddy Nix hinted he already had one in mind in free agency.

The veteran free agent quarterback is traveling to Buffalo for a scheduled workout for the Bills on Wednesday. It will be Young's first formal workout with a team this offseason since he was not re-signed by the Philadelphia Eagles after completing a one-year contract.

The Buffalo News, citing unnamed league sources, first reported Young's scheduled visit on its website on Tuesday, and it was since confirmed on the Bills website.

Three people familiar with Young and his schedule also confirmed his visit with The Associated Press on the condition of anonymity because the team's front office has not announced the workout will take place.

Young, who turns 29 later this month, has been biding his time to determine the next step of his career. He elected to wait until after the draft to start visiting teams to see which ones were still in need of quarterback help, one of the people said.

The Bills have a starter in place in Ryan Fitzpatrick, who has earned the respect and trust of coach Chan Gailey over the past two seasons. Young's versatility as both a runner and passer would be regarded as ideal fits in Gailey's offense, and particularly in wildcat formations.

If signed by the Bills, Young would be expected to compete with returning veteran Tyler Thigpen for a backup job.

Young has had an up-and-down career since being selected third overall by the Tennessee Titans in the 2006 NFL draft. He was the NFL's 2006 offensive rookie of the year, but eventually lost his starting job on several occasions in Tennessee before the Titans ran out of patience with him.

He struggled in his one season as Michael Vick's backup last season in Philadelphia. Young finished with four touchdowns, nine interceptions and was sacked eight times in six games, including three starts.

In assessing the Bills' draft on Saturday, Nix noted the team had missed out on selecting a quarterback prospect they were interested in, before adding Buffalo would pursue other options.

Young's athletic ability is not in question. He's still regarded as a solid dual-threat with his strong arm and ability to take off an run. What remains unknown is how the highs and lows Young has endured during his six-year NFL career have affected him, and how suited he might be to fill a complimentary role.

In April, Young told The Tennessean that he would prefer being a starter but was keeping his options open.

"Sure, I'd like to (start). Everybody feels that way," Young told the newspaper while participating at a charity basketball game. "But all I can do is come in and compete. It is like I am getting drafted all over again. You go in and compete and let the coaches and front office people make that decision."

Don't rule out the Bills as a possibility for Young after the team has spent this offseason taking an aggressive approach to building its roster in a bid to become competitive and end a 12-year playoff drought — the NFL's longest active streak.

Buffalo made one of the biggest splashes in free agency in March by signing defensive end Mario Williams to a six-year, $100 million contract — the largest made to a NFL defensive player.