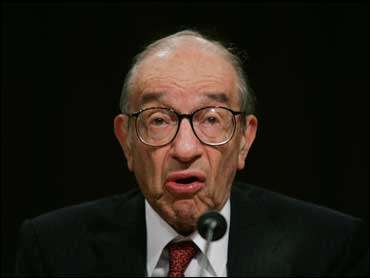 Leslie Visser, bounced as sideline reporter for ABC's "Monday Night Football," is back where she began her television career and taking a shot at the man who took away her old job.

"After being on a brief hiatus of seven years, Leslie is rejoining CBS Sports," Sean McManus, CBS Sports president, said in announcing Visser's return to the network Tuesday.

Visser, who worked for CBS from 1988 through 1994, will work on NFL and college football, U.S. Open tennis and other sports, McManus said. She also will have as-yet-undetermined opportunities with CBS News, he said.

"After a tumultuous month and a half, this is an exciting day for me to come home," Visser said in a conference call.

With CBS televising the Super Bowl in January, Visser said she will work "back to back Super Bowls. I kind of feel like John Elway."

Visser said it was Don Ohlmeyer's decision to change "Monday Night Football," but was pleased they picked two people Eric Dickerson and Melissa Stark to replace her on the sidelines.

"I was mostly just shocked," when she was dumped by Ohlmeyer, Visser said. "I was shocked when it happened. I will tell all of you that one thing I've learned over the past six weeks is taking the high road actually gives you an ulcer. It's been difficult."

She didn't blame her old network.

"ABC and ESPN were good enough, given the circumstances, to let me out of my contract," she said. "I had a great relationship with ABC and ESPN those seven years. ... It was the decision of one person to change `Monday Night Football.' I believe that the arrangements he had with ABC is that he could have a clean slate, and he took it."

"It was a little bit like going to an old boyfriend's wedding," said Visser, who said comedian and now football analyst Dennis Miller was an old favorite of hers.

"For a long time he has said his ideal woman would be Julia Child in the kitchen, Tracy Lords in the bedroom and Leslie Visser during a game," she said.

Although she reported on numerous sports, Visser is known primarily as a sideline reporter on NFL games. She said since she was replaced on "MNF," "most of the NFL coaches sent me a note or called me."

One, whom she refused to identify, wrote, "If you don't get bitter, you have a chance to get better." And Bill Parcells, director of football operations for the New York Jets, ended his note with: "The ext great thing is coming. Be ready."

McManus said Visser signed "a long-term agreement. There are no options. I would hope that as long as I'm at CBS Sports, Leslie will be here."