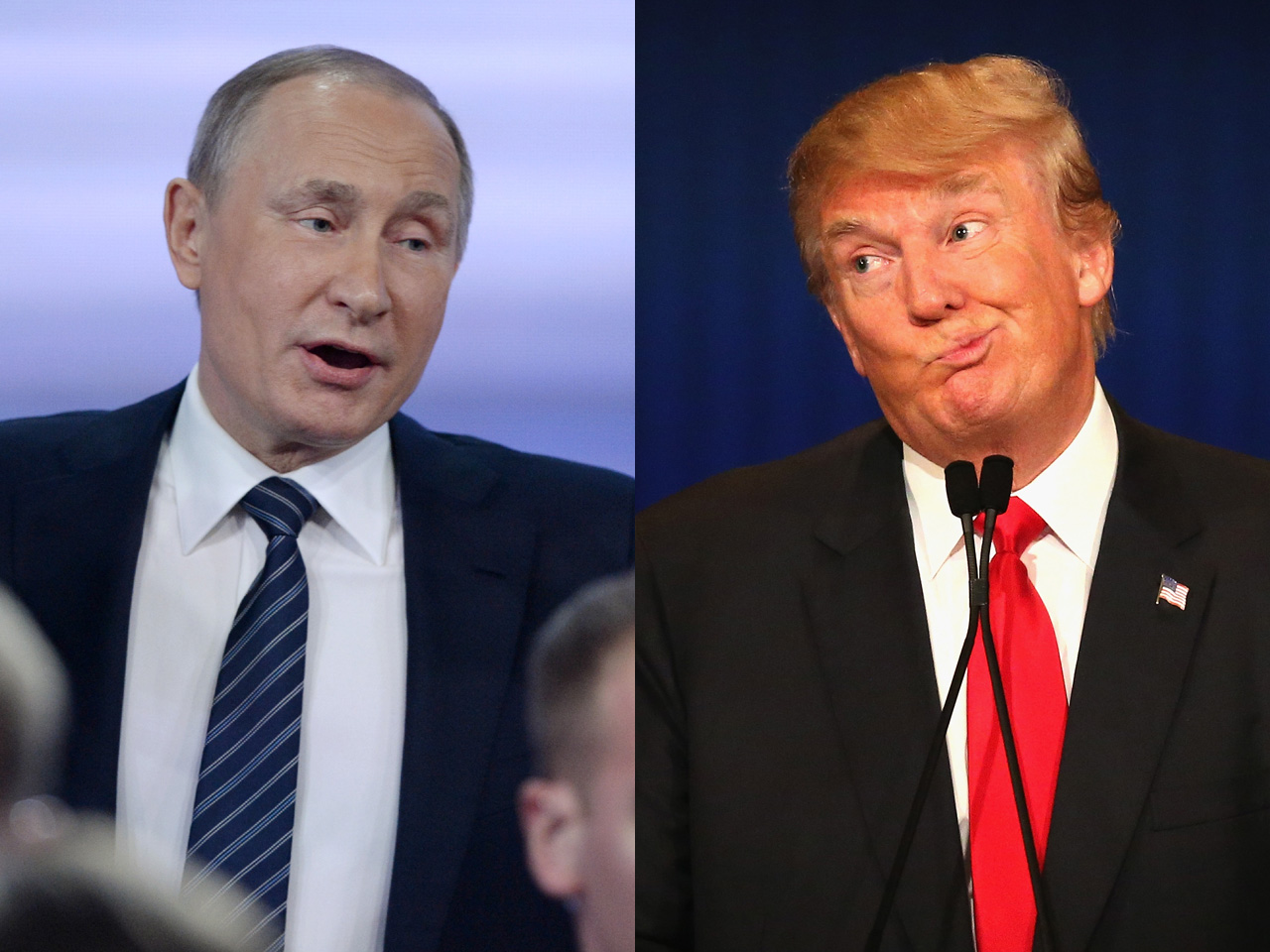 MOSCOW -- Vladimir Putin's spokesman is criticizing an online ad from Donald Trump portraying the Russian president as one of America's toughest opponents. He's denouncing what he calls the demonization of Russia during U.S. elections.

An online mashup by Trump uses footage of Democratic front-runner Clinton barking like a dog to suggest she's unfit to be president.

The video on Trump's official Instagram account begins with footage of Russian President Vladimir Putin engaged in martial arts and a man who appears to be an Islamic State of Iraq and Syria (ISIS) fighter pointing a gun at the camera.

"When it comes to facing our toughest opponents," it reads, "The democrats have the perfect answer..."

The ad then cuts to footage of Clinton in Nevada earlier this year, barking to mimic an ad she'd been describing to supporters.

It ends with footage of Putin laughing during his appearance on "60 Minutes" and the words: "We don't need to be a punchline!"

He said "we regard it negatively" and complained that "the demonization of Russia and everything connected to Russia is, unfortunately, an obligatory part of an American election campaign."

The clip of Clinton barking comes from a February appearance in Reno, Nevada.

Clinton was illustrating her disbelief at the idea that Republicans want to repeal the Wall Street overhaul legislation known as Dodd-Frank because "they say the great recession was caused by too much regulation on Wall Street." This brought to mind a campaign radio ad played in Arkansas during one of Bill Clinton's races, Clinton told the crowd.

"One of my favorite, favorite political ads of all time was a radio ad in rural Arkansas where the announcer said, 'wouldn't it be great if somebody running for office said something we could have an immediate reaction to whether it was true or not. Well, we have trained this dog and the dog, if it is not true, he is going to bark.' And the dog was barking on the radio, and so you know people were barking at each other for days after that," she said.

"I'm trying to figure out how we can do that with Republicans," Clinton continued. "You know. We need to get that dog and follow them around and every time they say these things, like, 'Oh, the great recession was caused by too much regulation' -- arf, arf, arf, arf!"

The line was received well, and some in the audience seemed to join in the barking. However, conservative commentators seized on the barking afterwards as a means for pillorying her.

Yesterday it was Clinton and Putin, Thursday Trump took on fellow Republican candidate Ted Cruz and Clinton with this Instagram post: