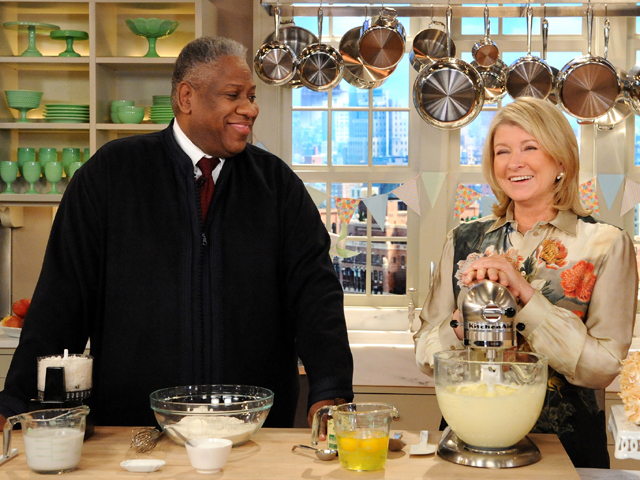 When it comes to fashion at the Oscars, Andre Leon Talley, contributing editor at Vogue Magazine,  knows a thing or two about how to rock the red carpet.

And as stars gear up for the Academy Awards this weekend, Leon Talley, among a myriad of fellow fashion critics, will also be revving up for one of fashion's biggest nights.

So what does the fashion guru hope to see this time around?

"I hope that people take risks... I get so tired of people on the red carpet with the same borrowed jewelry, same dress with a train, and a few little girls with messy hair," he tells Martha Stewart on by "The Martha Stewart Show." "I want to see people like Cher! She came like she was on her way to Las Vegas... I want to see people who take risks with their Oscar dresses!"

"And Barbara Streisand, when she got her Oscar, she took the stairs with see-through bell-bottoms and everyone saw everything," Leon Talley points out. "All the Netherlands in the geographical non-mentionable places! ..." I saw it on TV and it was one of my favorite moments!

Who does Leon Talley think will to take home an Oscar?

"I hope 'The King's Speech' gets it all... and 'The Social Network,' and Natalie Portman. She has to win. She deserves it," he says.

"I agree with everything," Stewart adds.

Leon Talley also chatted with Stewart about five of his favorite Fashion Week Finds with a coat and shoe show-and-tell.