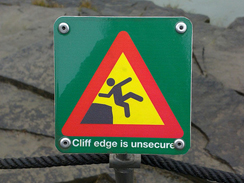 (MoneyWatch) I wish I had a dollar for every time an investor asked me about using the VIX as a way to hedge against unexpected volatility in the stock market -- unexpected volatility typically being associated with bear markets. Yesterday, I explained how the product, commonly known as the "fear" index, worked and provided the historical evidence.

The ink was barely dry on the post when I read the following headline in the Sept. 10 issue of InvestmentNews: "ETN tied to VIX vaporizes as S&P rises on job data." The article noted that while the S&P 500 had climbed 2 percent on Sept. 4, the iPath S&P 500 VIX Short-Term Futures ETN (VXX) had lost more than 10 percent. It closed the day trading under 10, opening today at 9.33. When it launched in January 2009, the price was 400. Yes, you're reading that correctly. That's a loss of 97.5 percent.

Fix on the VIX: Understanding the "fear" index
Reacting to returns and volatility can hurt your portfolio
Increased market volatility: Fact or fiction?

What's truly amazing is that investors have poured money into the product despite its abysmal performance. For example, the ETN saw investor inflows of over $700 million in August alone, pushing the assets to more than $2 billion. The peak was $2.3 billion in September 2010. Even worse is that more than $5.8 billion has flowed into VXX over the past three years.

The moral of the story is two-fold: Wall Street's marketing machines are potent, and you can fool a lot of the people all of the time.