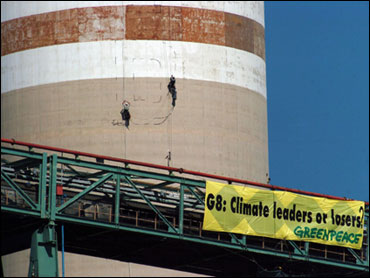 
The national political headlines last week were all about the frenzy in New Jersey over Democratic Sen. Bob Torricelli dropping out of the race for U.S. Senate. But campaigns all over the country were in high gear, bombarding voters with millions of dollars in TV ads and hurling charges and countercharges.

Republican pollster Linda DiVall sounded weary. "Whoa! What's going on here? The campaigns are at a fever pitch. Candidates are in full attack mode. It feels like we're in the final week of the campaign," she groaned.

She may have been more accurate than I realized at the time. While it's still a month before the official Election Day of Nov. 5, the polls are already open in seven states; or at least ballots can already be cast. In 31 states this year, voters will be able to vote in September or October. While most states have always had provisions for people who had serious reasons for being out of town on Election Day to cast absentee ballots, more and more states are instituting early and "no-excuses" absentee voting to try to expand the electorate.

In Oregon there is no Election Day at all. One hundred percent of the vote is cast by mail. And over half of the votes in Washington state, and about a third of the votes in Arizona, Colorado, Nevada, New Mexico, Tennessee and Texas were cast before Election Day in 2000. As we all remember, there was an aggressive absentee and military ballot drive by Republicans in Florida in 2000, and this year Florida has changed its laws to make early voting even easier. Maybe because of that, or because voting at the polls in Florida is so confusing, the state's election officials reported an increase in requests for absentee ballots this fall.

This early voting has big implications for campaign strategists who generally time their heaviest TV ad buys for the final weeks of the election. And it may be why, a month before the election, these campaigns are going hot and heavy.

It may also explain the frustration of Democratic officials who are getting desperate to end the congressional debate on Iraq and let the candidates go out to campaign. They're worried that Iraq – and not the economy – has dominated the political landscape, and that by the time the members get back home many voters may have made up their minds and already cast their votes.

Democratic campaign strategist Anita Dunn says states that have a long tradition of early voting incorporate this factor into their campaign plans. Media buys and mailings are bumped up when voting begins and are then revved up again when the ballots have to be returned.

Dunn said this year in Michigan one of the keys to Democratic Rep. John Dingell's primary victory was the targeting of seniors who could vote early under state law. Dingell's campaign manager, Lon Johnson, had done campaigns in the early voting state of Arizona, and was able to produce 23,000 votes for Dingell before the polls opened in August. Since the campaign had decided they would need 46,000 votes to win, half their work was done before Election Day.

In Texas, there has been a tradition of early voting since 1972. Texas Democrats, who are waging an aggressive get-out-the-vote effort in the Hispanic and African-American communities, thought about self-financing some early voting polling places. The Secretary of State ruled that counties couldn't accept private money for this purpose but the Democrats got a boost with Bexar County's (San Antonio) decision to purchase 60 mobile voting vans for early voting, which takes place from October 19 to November 1. Three Democratic commissioners will decide where 45 of the vans will go each day. The Republicans, who have one commissioner, control only 15 vans.

In Colorado where there's a tight Senate race between incumbent Republican Wayne Allard and Democrat Tom Strickland, voting begins at polling places on Oct. 21. Campaigns that generally reserve their best shots for last may start firing a little early this year. Strategists believe that early voting may also save them from last-minute screw-ups. "A vote in hand is a security blanket," said Dunn. It also allows campaigns to assess their strategies, see where the votes are coming from and fine-tune their final GOTV messages.

So when pollsters ask that hypothetical question, "If the election were held today, for whom would you vote?" in 31 states some people may well answer, "Been there, done that."