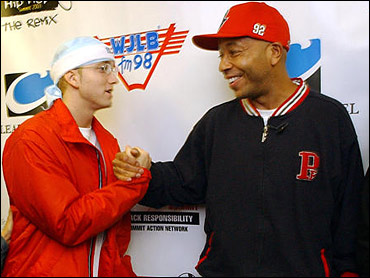 The hip-hop generation must educate itself and head to the polls in this fall's U.S. presidential election, according to speakers at the Hip-Hop Summit, which drew artists and others from the music industry.

Rap mogul Russell Simmons, whose Hip-Hop Summit Action Network puts on the traveling event, said the young must make a difference in their communities and the world.

"Those of us who work in the hip-hop industry know this is the best generation in the world," Simmons told a crowd of music fans Saturday at Detroit's Fox Theatre. "And come November, they are going to see that this is the most powerful generation that the world has seen."

Simmons said the power of hip-hop comes from its ability to unite people of different races and religions.

"It's very important that we flex these muscles in November," he said.

The Hip-Hop Team Vote effort holds voter registration drives at summit cities. It recently registered 50,000 voters in Los Angeles and 80,000 in Philadelphia. Midway through Saturday's event, the group said it had signed up at least 70,000 Michigan voters, including 40,000 in Detroit.