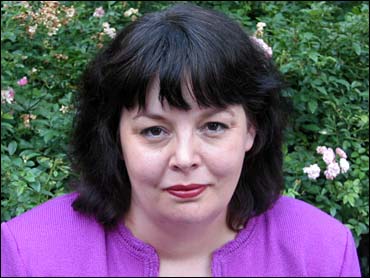 Congressional investigators will look into whether the Bush administration violated any laws when it paid syndicated columnist Maggie Gallagher to help promote a marriage initiative, Democratic Sens. Edward Kennedy and Frank Lautenberg said.

The Government Accountability Office told the two senators, who had requested the inquiry, that it would investigate in a letter sent to their offices late Thursday.

The GAO, the investigative arm of Congress, is already looking into the Education Department's relationship with several public relations firms, which includes the agency's $240,000 contract with syndicated columnist and TV personality Armstrong Williams. The Education Department had hired Williams to promote the No Child Left Behind law.

The two senators had asked the GAO to expand its investigation to include Gallagher.

Gallagher apologized in January to readers for not disclosing a $21,500 contract with the Health and Human Services Department to help create materials promoting the agency's $300 million initiative to encourage marriage. Gallagher said she was not paid to promote marriage but to write articles and brochures.

"My lifelong experience in marriage research, public education and advocacy is the reason HHS hired me," she wrote in her column.

The GAO said its investigation of Gallagher will focus on whether her contract with HHS violated federal law banning the use of public money for publicity or propaganda.

Lautenberg said the Bush administration has violated the trust of the American people.

"The president should put in place sound policies that benefit all Americans rather than pay the press to promote bad policies," said Kennedy of Massachusetts.

No one answered the telephone at the White House press office Friday regarding comment on the GAO investigation.