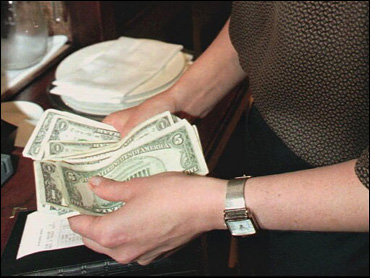 A North Carolina waitress is out of a job after griping on her Facebook page about the $5 tip she got from a couple who sat at their table for three hours. The waitress says the customers kept her at work an hour after she was supposed to clock out.

The Charlotte Observer reported Monday that 22-year-old Ashley Johnson felt slighted after waiting on the couple at Brixx Pizza.

So she blasted the couple on Facebook, calling them cheap and mentioning the restaurant by name.

Brixx officials told Johnson a couple of days later that she was being fired because she violated a company policy banning workers from speaking disparagingly about customers and casting the restaurant in a bad light on a social network.

Johnson says she has apologized to Brixx and is looking for a new job.