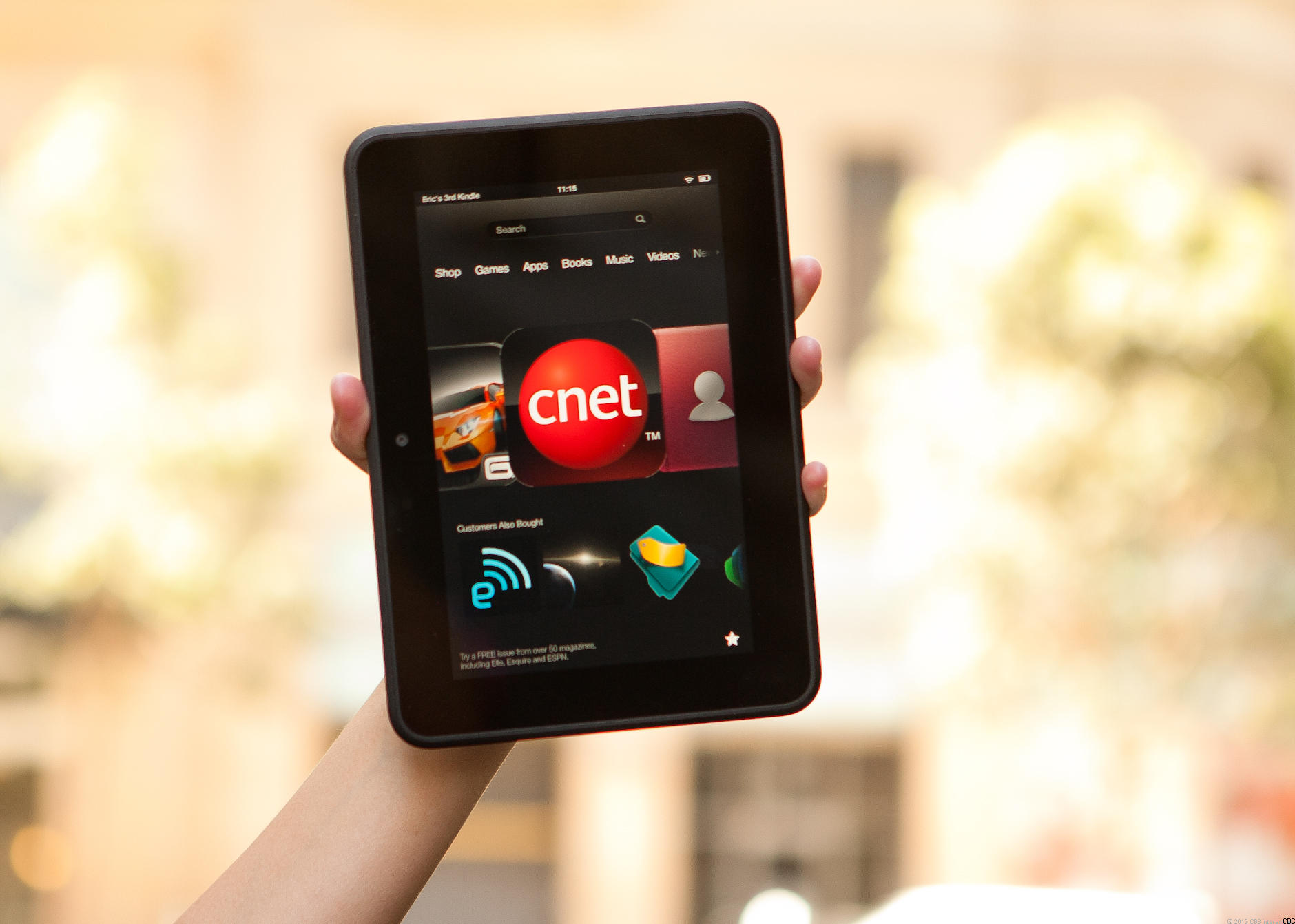 Wal-Mart, the world's largest retailer, said Thursday the decision was made as part of its overall merchandising strategy to offer a broad assortment of products at low prices. Amazon has been selling lower-priced tablets at thin -- if any -- profit margins to boost sales of digital media like books and music from its online store. That makes it less attractive for major retailers to carry Kindles in their stores, particularly as online retailers like Amazon.com become more of a threat for traditional brick-and-mortar stores.

Retailers are trying to fight a growing practice called "showrooming." That's when shoppers, armed with smartphones, browse products in physical stores and then shop online for a better price.

Has Amazon left money on the table?
How does Amazon's Kindle Fire sell out?
4 reasons Kindle Fire is good news for Apple

The move echoes Target's (TGT) decision to stop offering the Kindle in May following its own merchandise review. And it comes ahead of the holiday season, which is crucial for retailers since they generate up to 40 percent of their annual revenue during the period. Tablets are expected to be a popular gift this year, much like last year.

"Amazon is clearly becoming a more attractive consumer retail destination, so it was inevitable that Target or Wal-Mart would stop selling the Kindle product," said Morningstar (MORN) analyst R.J. Hottovy. "They perceive Amazon as a potential threat, and this is one way to neutralize that."

Wal-Mart will continue to sell a range of tablets and e-book readers, including Apple's iPad, Barnes & Noble's Nook, and devices from Samsung, Sony and others.

Wal-Mart spokeswoman Sarah Spencer said the Bentonville, Ark., company will continue to sell its existing inventory of Kindles until it is depleted.

While neither Wal-Mart nor Amazon.com release Kindle sales figures, Amazon itself is by far the biggest seller of Kindle devices, so being cut off from Wal-Mart is unlikely to make a dent in its revenue. Amazon touts its Kindle line as its best-selling product.

"At the end of the day, Kindles are a very small percentage of sales for a lot of these mass merchants," Hottovy said. "So this won't have much of an impact on them, or Amazon, either."

Amazon unveiled several new devices in its Kindle line earlier this month, including ones with larger color screens, as it steps up competition with rival tablet makers such as Apple (AAPL). Amazon.com introduced a new $299 8.9-inch Kindle Fire and a $159 7-inch Kindle Fire, down from the original price of $199. A 7-inch HD version starts at $199. Meanwhile, the cheapest iPad costs $399, and the most recent models start at $499.

Amazon doesn't say how many Fires it has sold, but says it captured 22 percent of U.S. tablet sales over nine months. That would make the Kindle Fire the second-most popular tablet, after the iPad. Tom Mainelli at research firm IDC said that figure matches his estimate of 6.7 million Fires sold, all in the U.S.