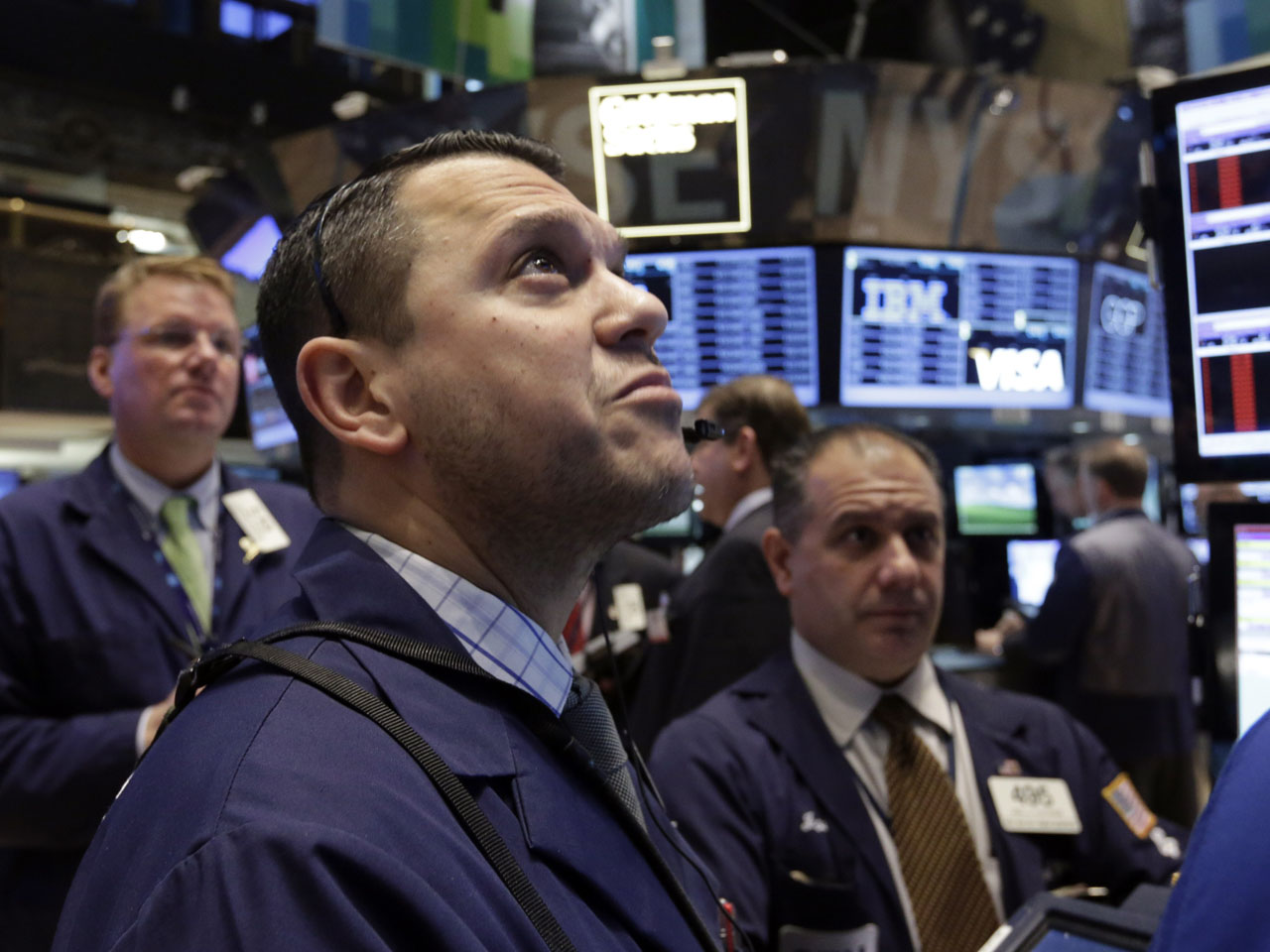 Stocks are recovering modestly from their biggest losses in more than seven months on Monday, when the Standard & Poor's 500 index fell 2.3 percent.

Markets were coming off a drop of more than 320 points for the Dow and the blue-chip index's worst January performance in five years following disappointing news about U.S. manufacturing.

"After this whole year of being down over 5 percent, I think the markets are trying to rally," said David Chalupnik, head of equities for Nuveen Asset Management. "I don't know if it holds through the day."

Financial markets in developing countries like Turkey and Argentina have been shaken in recent weeks by concerns that growth will slow and money will flow out of their economies as the U.S. Federal Reserve tightens its monetary policy. That has knocked down many stock markets, which were ripe for a pullback after big gains in 2013.

While many investors were buying back into the market, overall trading was down about 50 percent from the 50-day moving average benchmark. Even so, most of the active stocks were in the green, with about three stocks rising for every one declining.

Microsoft named Satya Nadella as its new CEO. Founder Bill Gates is stepping down as chairman and will become a technology adviser to the company. Shares rose 12 cents, or 0.3 percent, to $36.60.

Xylem was up $2.86, or 8.7 percent, to $35.66. The water technology provider reported better-than-anticipated fourth-quarter earnings.

U.S. homebuilders were trading higher following a report by real estate data firm CoreLogic that showed U.S. home prices climbed 11 percent in December from a year earlier. Home prices slipped from November to December, the third consecutive monthly decline. Builder NVR was leading the pack, up $29.97, or 2.6 percent, to $1,166.90.

The yield on the 10-year Treasury note climbed to 2.63 percent from 2.58 percent on Monday as investors sold bonds. For most of the year, investors have bought bonds amid concern that U.S. growth is slowing after a strong fourth quarter, and because the Federal Reserve had reduced its own purchases of bonds.