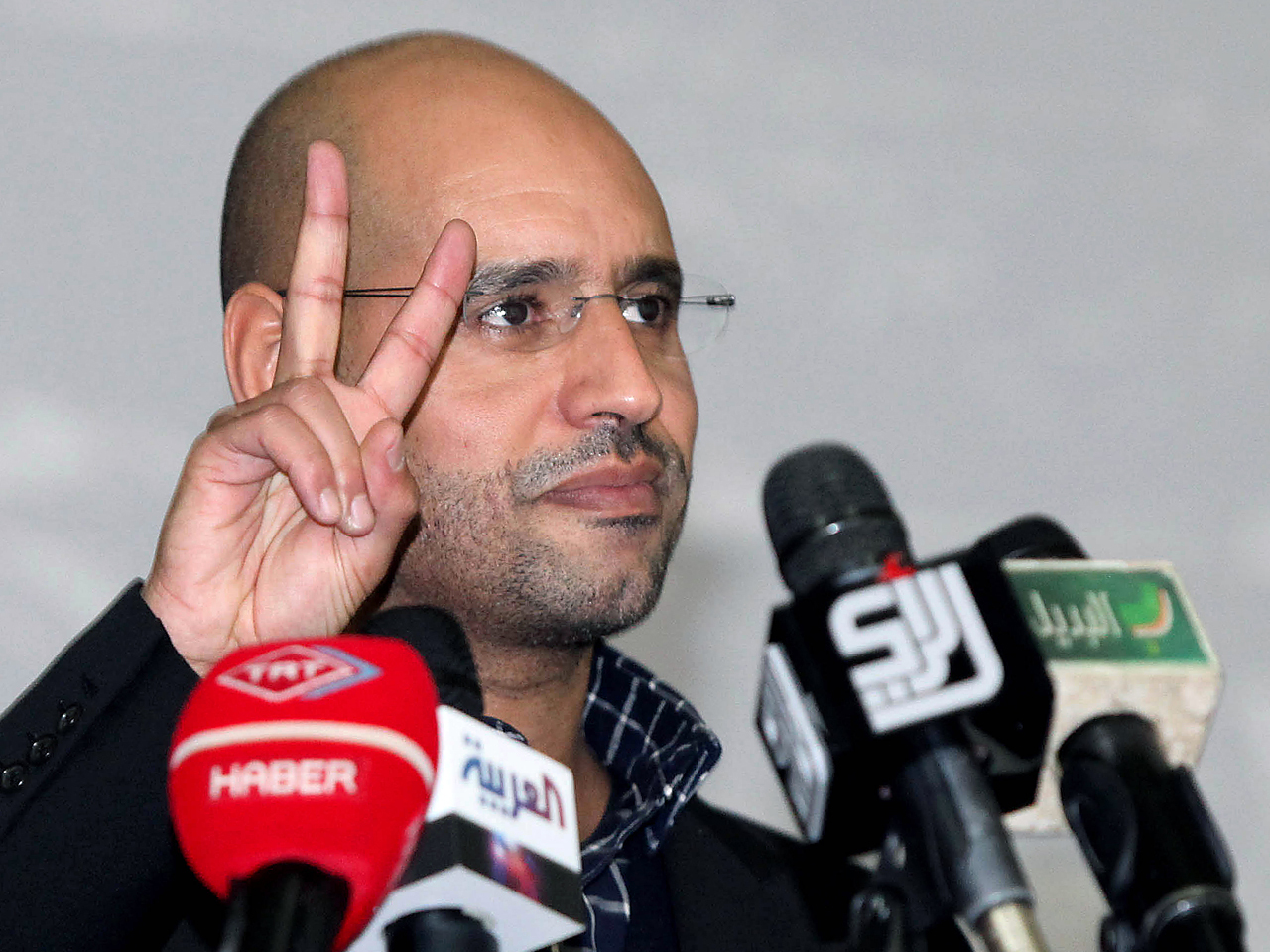 (AP) AMSTERDAM - The International Criminal Court on Saturday demanded the release of four of its staffers it says are being detained in Libya, where they are part of an official mission sent to meet with the imprisoned son of deposed dictator Muammar Qaddafi.

"We are very concerned about the safety of our staff in the absence of any contact with them," said court President Sang-Hyun Song in a statement issued in The Hague, Netherlands. "These four international civil servants have immunity when on an official ICC mission."

The four detained include at least one of two lawyers the court has assigned to help defend the legal interests of Seif al-Islam Qaddafi, who has been held by revolutionary fighters since his capture in November.

Seif al-Islam is at the center of a wrangle between the international court and the new government in Tripoli, both of which have drawn up plans to prosecute him for alleged war crimes.

Under international law, a country has the first right to try suspects for crimes committed on its own soil. But the ICC indicted Seif al-Islam before the fall of his father's regime and cannot drop his case until it is convinced that Libya's new government will prosecute him for the same crimes -- and that it is capable of giving him a fair trial.

Since Qaddafi's ouster, the new government in Tripoli has struggled to impose its authority throughout the country. Cities, towns, regions, militias and tribes all act on their own, setting up independent power centers.

He said authorities took her camera and recording device before her Thursday meeting with Seif al-Islam, but that inside she shared documents that they said could harm Libya's national security, including information and drawings that could endanger Libyans living abroad.

The ICC statement noted that it had been empowered by the United Nations Security Council to deal with Seif al-Islam's case, and that Libya is obliged to obey court rules which ensure "rights of the suspects to have privileged contacts with their lawyers."

Al-Jehani says Taylor is being held in a guesthouse in Zintan where her colleagues are staying. He said she will likely be released soon.

The incident underlines one of the concerns raised by human rights groups in Seif al-Islam's case: whether Libya's new regime has enough control over the country to be able to give the court credible guarantees about his safety.

Taylor's arrest comes despite Tripoli's express approval for the embassy to meet Seif al-Islam. Nearly a year after his capture, he remains in the hands of the rebels who caught him, rather than having been transferred to the capital, Tripoli.

On June 1, the court granted Libya the right to keep custody of Seif al-Islam while it considers Libya's request to try him. The embassy departed the Netherlands for Libya on June 6.