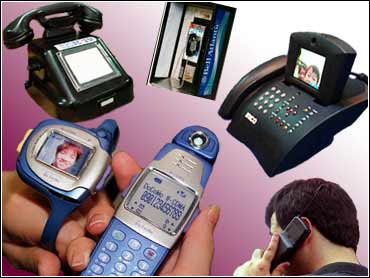 Congress appears to finally be on its way to repealing the war tax, just 102 years after it was originally imposed to finance the Spanish-American War.

If you think the war tax doesn't affect you, think again. Chances are it's been a part of your phone bill as long as you've been alive.

CBS News Correspondent Bob Scheiffer reports Americans would save about five billion dollars if the Senate also approves the legislation.

The Clinton administration supports the concept of repeal but has expressed reservations about the cost of ending the phone tax. President Clinton has not threatened to veto the measure.

With the 3 percent telephone excise tax now affecting an estimated 252 million telephone lines—including those connected to cellular phones, fax machines and computer modems—Democrats and Republicans jockeying to be viewed as technology-friendly agreed it was time to use a portion of the projected budget surplus to scrap it.
"The Spanish-American War is history," said House Speaker Dennis Hastert. "The Spanish-American War tax ought to be history as well."

The bill approved by the House Thursday would phase out the tax in three equal steps, with full repeal coming Oct. 1, 2002.

The original 1-cent telephone tax imposed in 1898 was repealed in 1902, brought back to pay for World War I, repealed again in 1924 and then resurrected during the Depression in 1932.

The war tax was back in the spotlight during the Vietnam War, as many Americans routinely examined their phone bills, and carefully deducted the federal tax from the total amount of the bill, sending the phone company checks for only the phone charges and not the phone tax, refusing to pay the war tax on principle.

The tax rate has gone up and down over the years, been targeted for phase-out and was made permanent in 1990 to help reduce the budget deficit.

"It's a classic example of a tax in Washington that just won't go away," said Ohio Republican Congressman Rob Portman.

Although the Republican-led Congress has made tax cuts of all kinds a priority this election year, the phone tax repeal gained bipartisan popularity because it was seen as a modest way to overcome part of the "digital divide" that hinders lower-income people from gaining access to the Internet.

"It doesn't finance any war, but it could be an impediment in our battle to provide universal access to the Internet," said House Minority Leader Dick Gephardt.

Thursday's vote was the latest in a series of tax cuts pushed by House Republican leaders, who are pursuing a piecemeal approach that frequently puts Democrats in a difficult political position. It was easier for President Clinton and the Democrats to oppose last yar's huge $792 billion tax cut, which the president vetoed, because opponents were able to hammer away at the high cost.

So far, none of this year's major tax cuts have passed the Senate, but House Republicans say they're accomplishing their main election-year purpose.

"We're going to have a lot of good things to talk to our constituents about," said Oklahoma Republican Congressman J.C. Watts.

Democrats supported repealing the phone tax, but sought to shift the debate by attempting to force attachment of an amendment that would rein in certain tax-exempt political organizations. The effort failed on a 214-208 vote.

Tackling another vintage tax Thursday, the House Ways and Means Committee approved a bill to gradually phase out inheritance taxes, which date to 1916. That bill is expected to reach the House floor in early June.

The estate tax bill would gradually repeal inheritance taxes by 2010. The bill has 240 co-sponsors including 45 Democrats, but President Clinton is promising a veto because it would cost $104 billion over the phase-out period and some $50 billion a year after that. Estates under $675,000 are already exempt this year.

"That's what we're talking about when we talk about liquidating small farms and businesses," said Tennessee Democratic Congressman John Tanner.

But opponents said small businesses and farms already get special treatment under estate tax law. They pointed out that half of the $27 billion in estate taxes projected for this year will be paid by estates above $5 million, the wealthiest 10 percent.