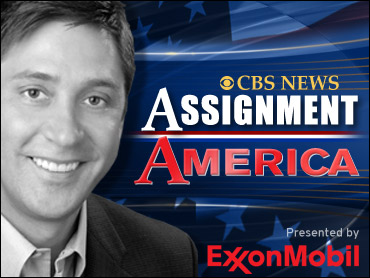 Petr Nedved's return to the New York Rangers was a help, but not quite enough.

Nedved returned to the Rangers in a five-player trade with Pittsburgh on Wednesday, but Dixon Ward and the Buffalo Sabres spoiled the moment with a 4-2 victory.

Ward had his first career hat trick with two goals in the first period and another in the second. It was Ward's first multi-goal game in his third season as a Sabre and his first since he scored two goals for Vancouver on Jan. 4, 1993, when he and Nedved were Canucks teammates.

Nedved, on the ice with Wayne Gretzky for all three of Ward's goals, signed a three-year contract believed worth slightly less than $4 million a season. He played in 46 games with the Rangers in 1994-95 and totaled 23 points.

"I wanted to come back to New York, and I thought the Rangers had the most interest," Nedved said. "It took a little time, but I'm very happy the deal was finally done."

"Once he gets a chance to fit in, he can be an asset at center or wing," Gretzky said.

"When you talk about Petr Nedved, you're talking about a man who's highly skilled," said Rangers wing Adam Graves, who scored to end Dominik Hasek's four-game shutout streak against the Rangers.

But the night belonged to Ward. "It was one of those nights where the breaks were going my way and my linemates were playing extremely well, and I was just the lucky one," said Ward, who added that he harbored no resentment toward the Sabres after they left him unprotected in this year's expansion draft.

Graves' first-period score not only ended the shutout streak but also snapped Hasek's string of 281 minutes and 57 seconds without allowing the Rangers a goal. "It's nice to score, finally," Rangers coach John Muckler said.

Mike Knuble added a goal for the Rangers with just over three minutes to play, assisted by Nedved.

Nedved, who held out on Pittsburgh for a year and a half, returned to the Rangers in the deal that sent Alexei Kovalev to the Penguins. Nedved spent the 1997-98 season splitting time between Sparta Praha of the Czech Republic League and the Las Vegas Thunder (IHL).

"We're very happy to have him back," Rangers president and general manager Neil Smith said after watching Nedved play the first period on a line with Gretzky and Niklas Sundstrom. "It's something that improves our club. We need people who want to score, and he brings us that."

Ward made it 1-0 with his sixth goal of the season, taking a pass from Michael Peca and snapping it past Dan Cloutier at 8:29 of the first period.

Ward added an unassisted goal at 12:49, stealing the puck from Rangers defenseman Mathieu Schneider at the blue-line boards and stuffing it behind Cloutier.

With the Sabres leading 2-1 in the second period, Ward dug the puck out from behind the net and deflected his wraparound in off Cloutier's right pad at 14:05.