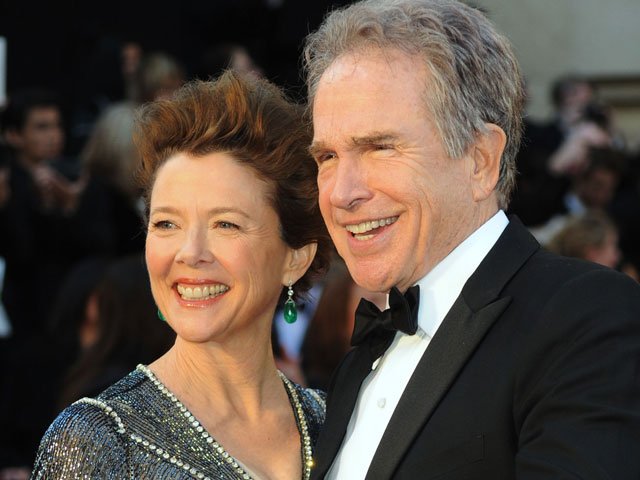 (CBS) In a hurry: Oscar-nominated actress Annette Bening and her husband, Warren Beatty, skipped all the cameras and interview stuff, choosing instead to race straight down the red carpet's uncrowded center aisle.

Later, Beatty , who won a Best Director Oscar for "Reds" (1981) and has been nominated six other times for acting and directing honors, admitted to the Los Angeles Times that he used to dread red carpet events but has since made his peace with them.

"What you learn is that everyone else is just as embarrassed as you are and then when you know that you can all just smile," he told the newspaper.