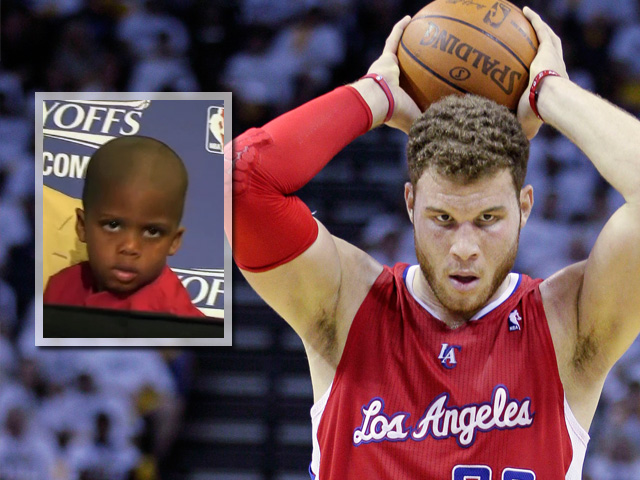 (CBS News) Los Angeles Clippers star Blake Griffin is known for a few things: his monster dunks, his sense of humor and his intimidating facial expressions.

Just ask the 2-year-old son of Clippers teammate Chris Paul. At a press conference after L.A. beat the Grizzlies on Saturday, the star point guard asked his young son Chris Paul Jr. to do his "Blake face."

As you can see, the impression is priceless and Griffin, who has the Clips on the verge of their second playoff series victory in 36 years, got a good laugh out of it.

Griffin and Paul may be making the sports headlines this week in L.A., but CP3 Jr. looks like a Hollywood star in the making.