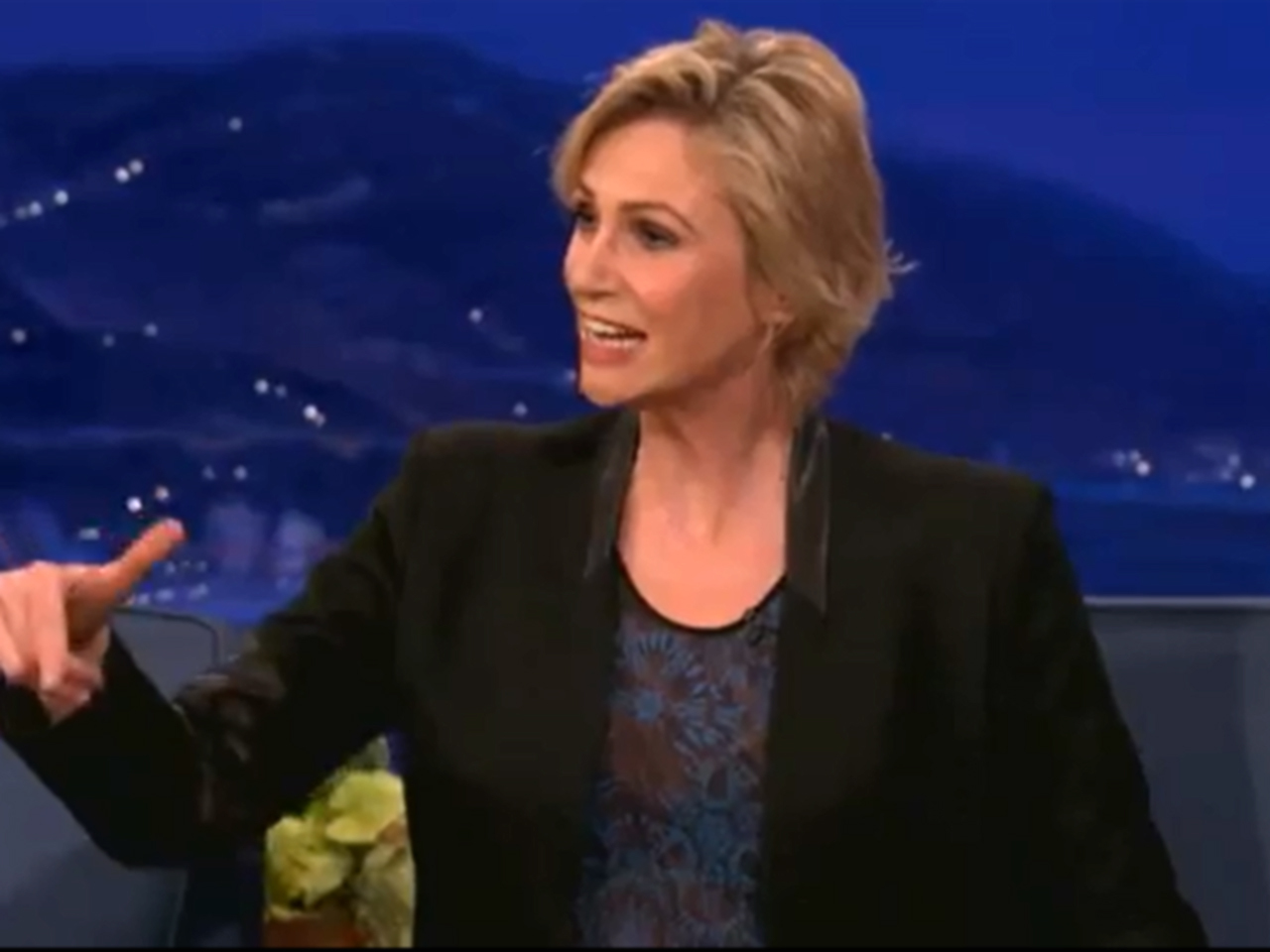 If that whole acting thing doesn't work out for her, Jane Lynch may have a back-up career lined up as a rapper.

The "Glee" actress made a guest appearance Monday on "Conan," where the late-night host asked her about attending Elton John's star-studded Oscars party. Lynch talked about some of the celebrities in attendance, including Steven Tyler and Nicki Minaj, whose material Lynch is no stranger to.

The 52-year-old Lynchspoke about once performing Minaj's 2011 hit "Super Bass" on an episode of "Glee," and it seems she still remembers all the words (see video above).

Tell us: Are you impressed with Lynch's rapping skills?