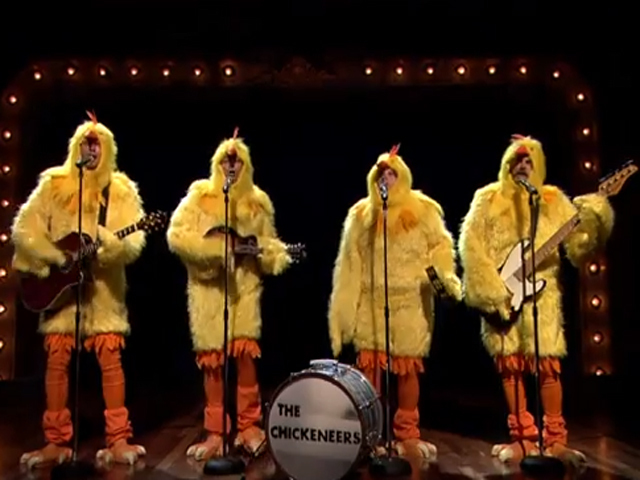 Dressed in hilarious costumes, "The Chickeneers" managed to sing in an "all-clucking" version of the track while keeping (mostly) straight faces.

The Grammy-nominated Lumineers retweeted Fallon's video on Friday. The Denver-based band, meanwhile, has been quite busy on tour this year and reeling from its recent success.

"I feel like we're the receivers of good timing or something," singer/guitarist Wesley Schultz told CBSNews.com. "We're on the good end of that because there are a lot of bands that sort of preceded this. But the timing of it for us has been special. A lot of bands have paved the way for this style of music to be received the way it is on a larger scale. I think a few years ago you might have never heard of us because that's the landscape of music and how it always changes."