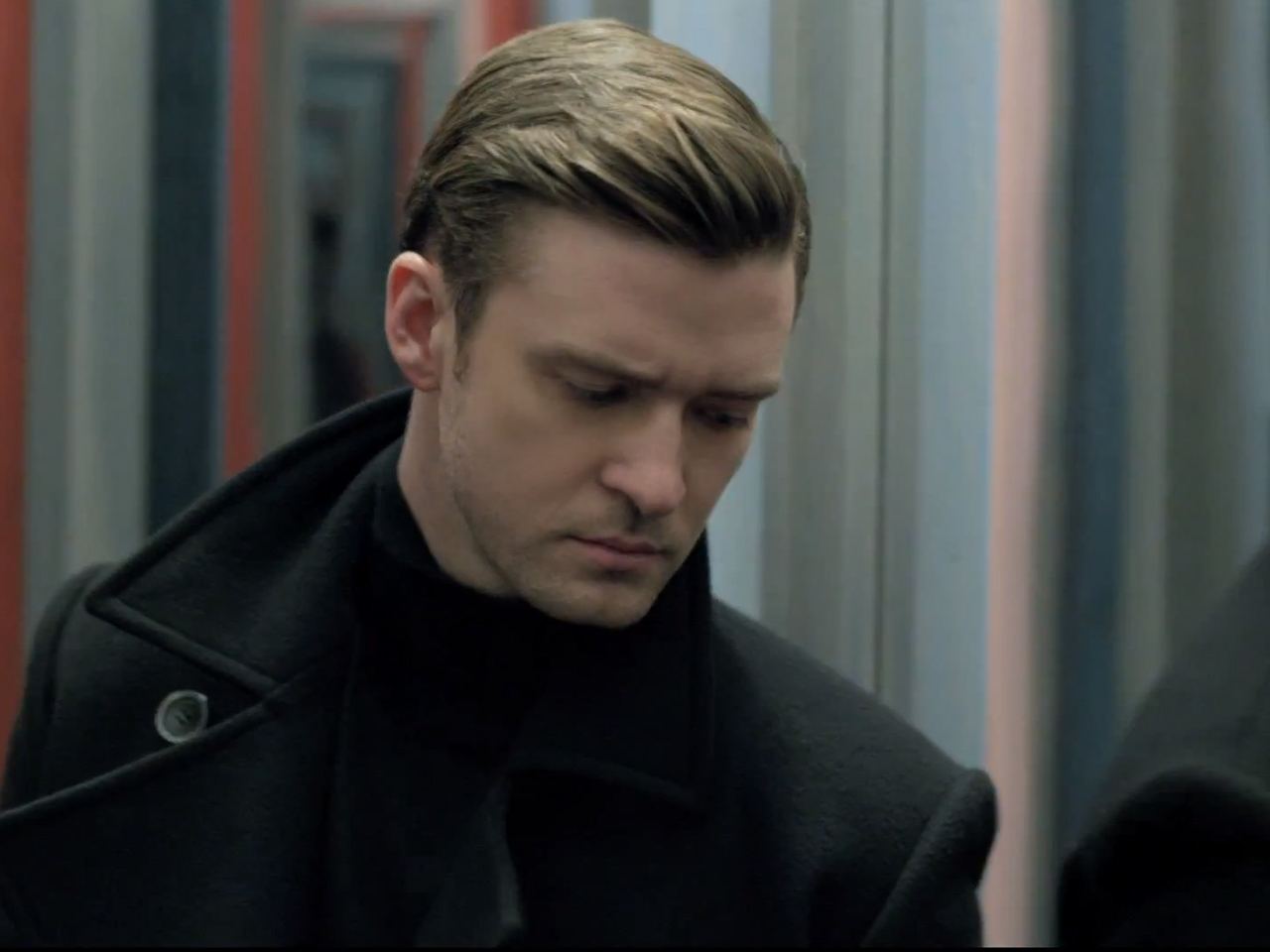 There are plenty of "Mirrors" around, but Justin Timberlake is nowhere to be seen for the first five-and-a-half minutes of his latest music video.

The eight-and-a-half-minute-long surrealistic clip for Timberlake's new single, "Mirrors," centers around an elderly couple modeled after his grandparents' William (who passed away last year) and Sadie, and tells the story of their relationship, from teenaged courtship to adult drama, old age and beyond as they "reflect" on their past.

We see them at first in their twilight years before shifting back in time to when they first met long ago in a greaser bar. Eventually the worlds of today and yesterday start to converge.

At nearly the 6-minute mark, Timberlake finally shows up for a trippy sequence in a funhouse-style hall of mirrors.

"Mirrors" is the second single to be released off of Timberlake's "The 20/20 Experience," following "Suit and Tie."

The performer has been busy promoting the album, with appearances on "SNL" and "Late Night with Jimmy Fallon,"as well as a performance at this year's South by Southwest festival.

Timberlake announced Monday that he is working on creating 10 new songs for asecond volume to "The 20/20 Experience."

Tell us: What do you think of Timberlake's new video?