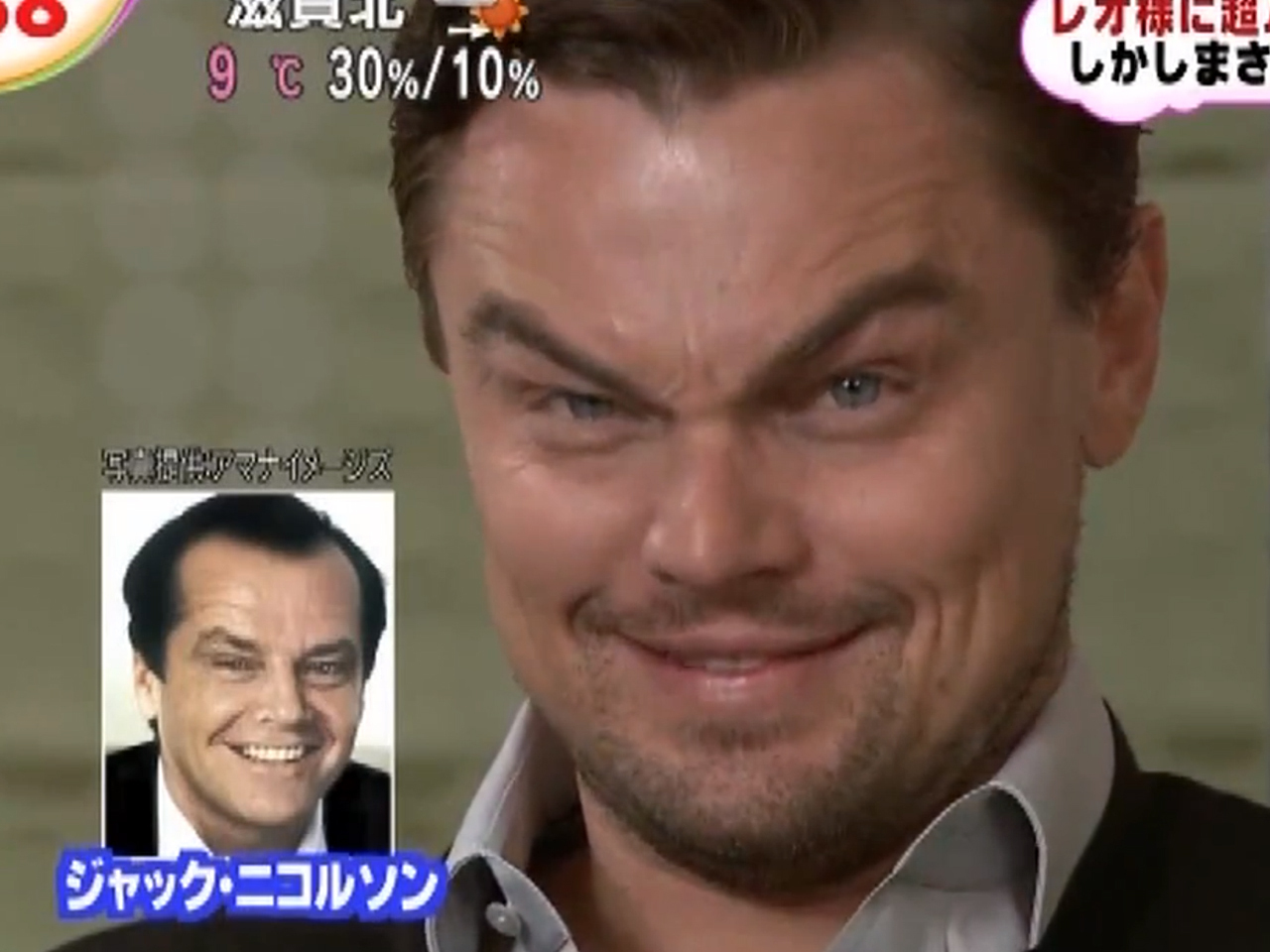 Looks like someone's been practicing their Jack Nicholson imitation.

During a recent interview in Japan to promote his movie "Django Unchained," Leonardo DiCaprio impersonated Nicholson's facial gestures, surprising the Japanese interviewer with his spot-on grin and raised eyebrows.

DiCaprio had previously starred with Nicholson in 2006's "The Departed."

If filmmakers ever decide to make a biopic based on Nicholson's life, DiCaprio may be considered a frontrunner if this impression is any indication.

Have a look for yourself: