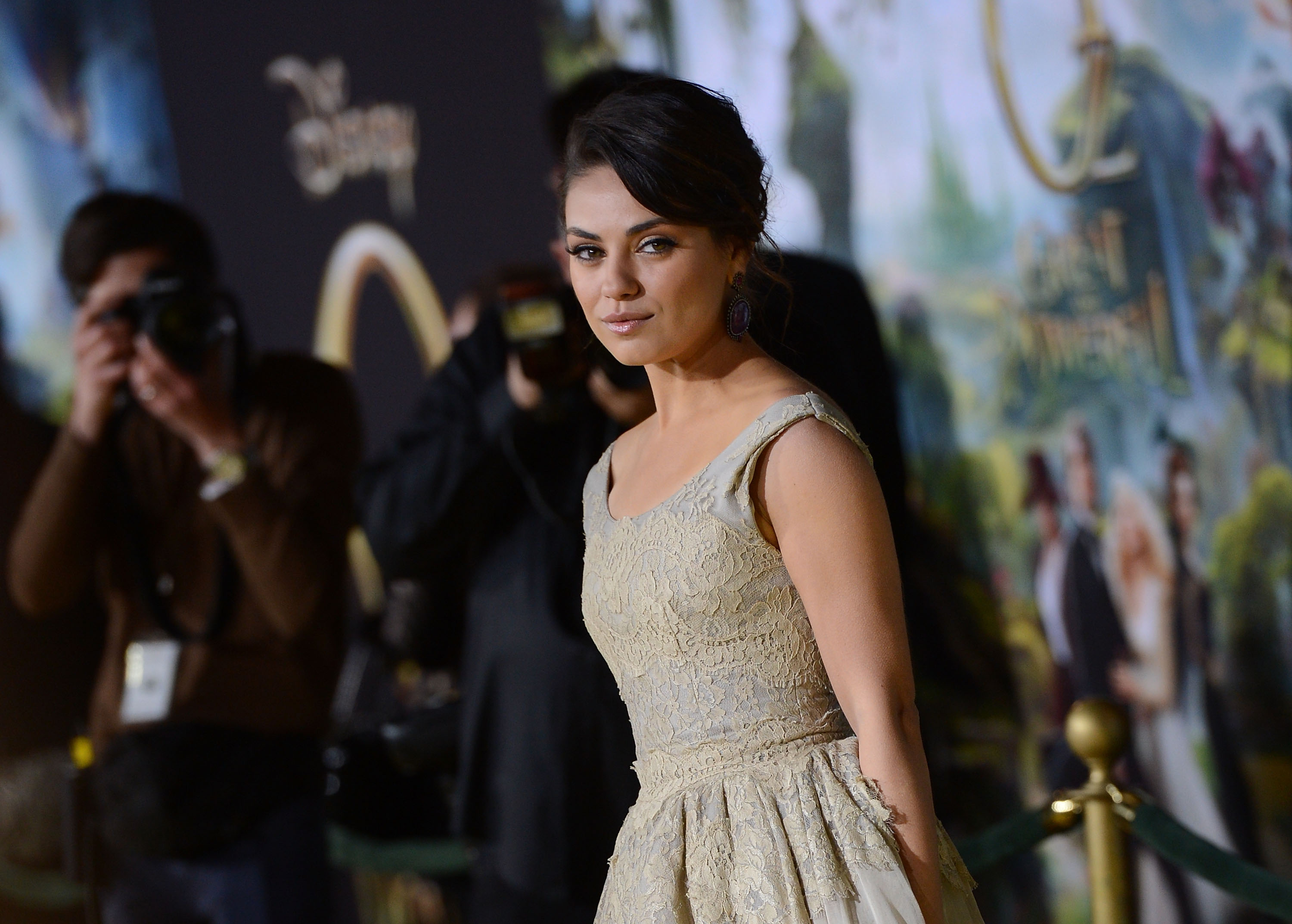 Mila Kunis shows off her sweet and playful side in a new interview with a starstruck -- and might we add -- very nervous reporter from BBC Radio 1.

Supposed rookie interviewer Chris Stark, who's part of the Scott Mills Show, sat down for a one-on-one press junket interview with the 29-year-old actress to chat about her upcoming movie, "Oz the Great and Powerful" -- and it didn't go quite as planned. Although it's unclear if Stark even had a plan going into it.

In the clip, Stark said, "Seriously, I'm petrified," admitting that he's "never done this before," to which Kunis replied: "They're just throwing you in the trenches."

He opened up the conversation about Kunis' role as the Wicked Witch of the West in "Oz the Great and Powerful," with a real "winner" of a question: "In that nicest possible way, did you enjoy being ugly for once?"

And that was the closest they actually got to talking about the upcoming movie.

After Stark asked Kunis his first question, Kunis, who said she was "deathly ill," asked, "How are you feeling? It's not that bad. It's not that scary. What about this is frightening?"

"It's a bit of an unnatural environment," Stark said. "I'm used to being down at my local pub with the boys."

The conversation quickly turned to drinking, soccer...ahem...football, and the Marine Corps Ball Kunis attended in 2011.

By Tuesday afternoon, the interview segment had gone viral. The 25-year-old Stark tweeted:

Watch the cute and charmingly awkward video for yourself below: