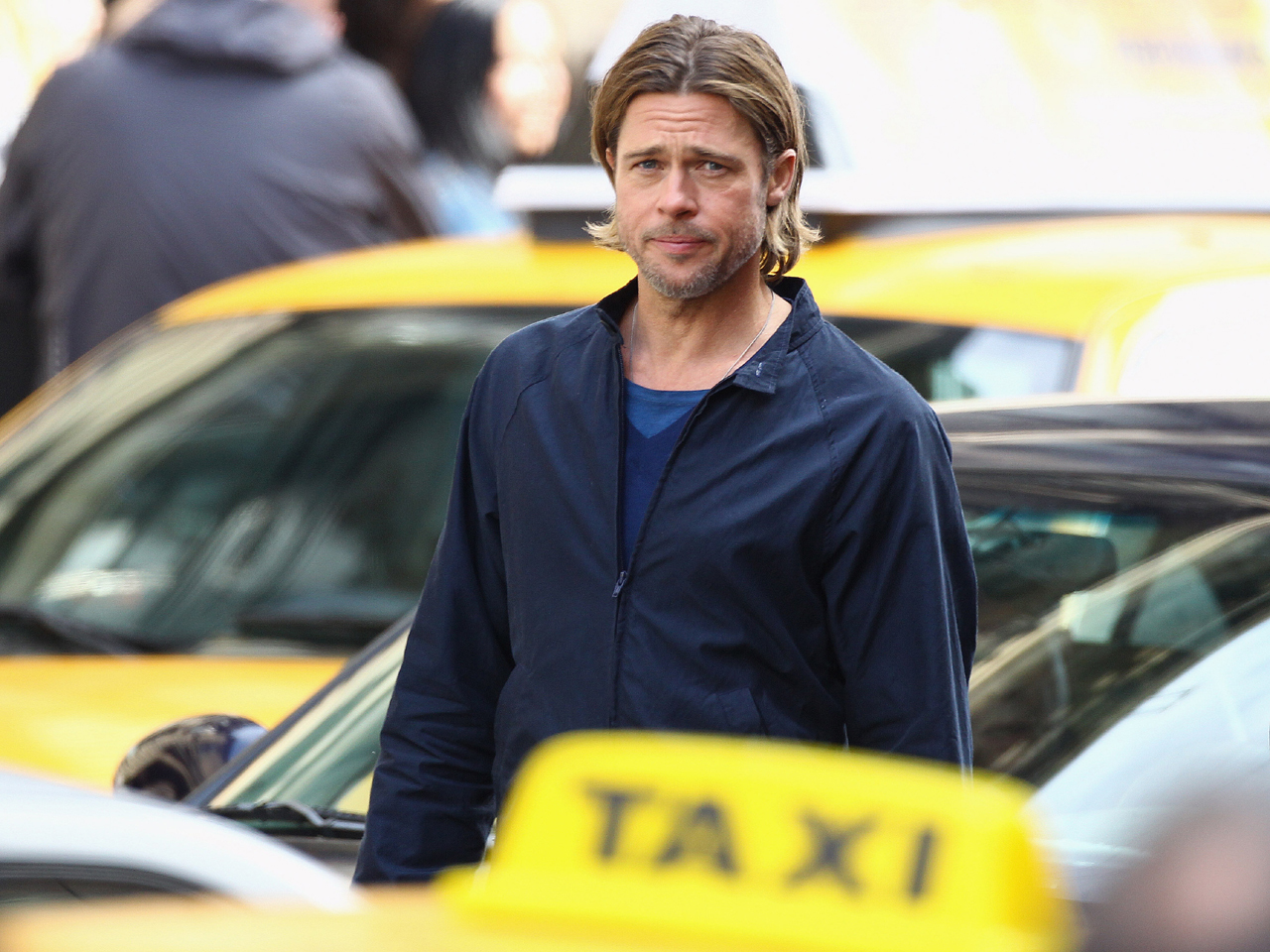 The zombies are coming.

The trailer kicks off with a typical day for an ordinary American family. United Nations employee Gerry Lane (Brad Pitt) and his wife (Mireille Enos) get woken up by the kids. The parents rush to get breakfast on the table to start the day off right for their girls. And then one of their daughters sees a news broadcast on TV and asks, "Daddy, what's martial law?"

So begins a series of explosive scenes as Pitt and family flee a war-torn New York City in the hopes of escaping a zombie pandemic. We don't actually get to see a whole lot of the living dead in the new trailer though, just mostly the chaos and havoc caused by their growing threat.

"Life as we know it will come to an end in 90 days," a military official declares.

Pitt sets off on a trip around the world in search of a cure to save humanity. The most exciting scene from the new trailer comes at the end when Pitt faces off against zombies up in the air on a decompressed commercial jet. And you thought snakes on a plane were bad.

Tell us: What do you think of the new trailer?