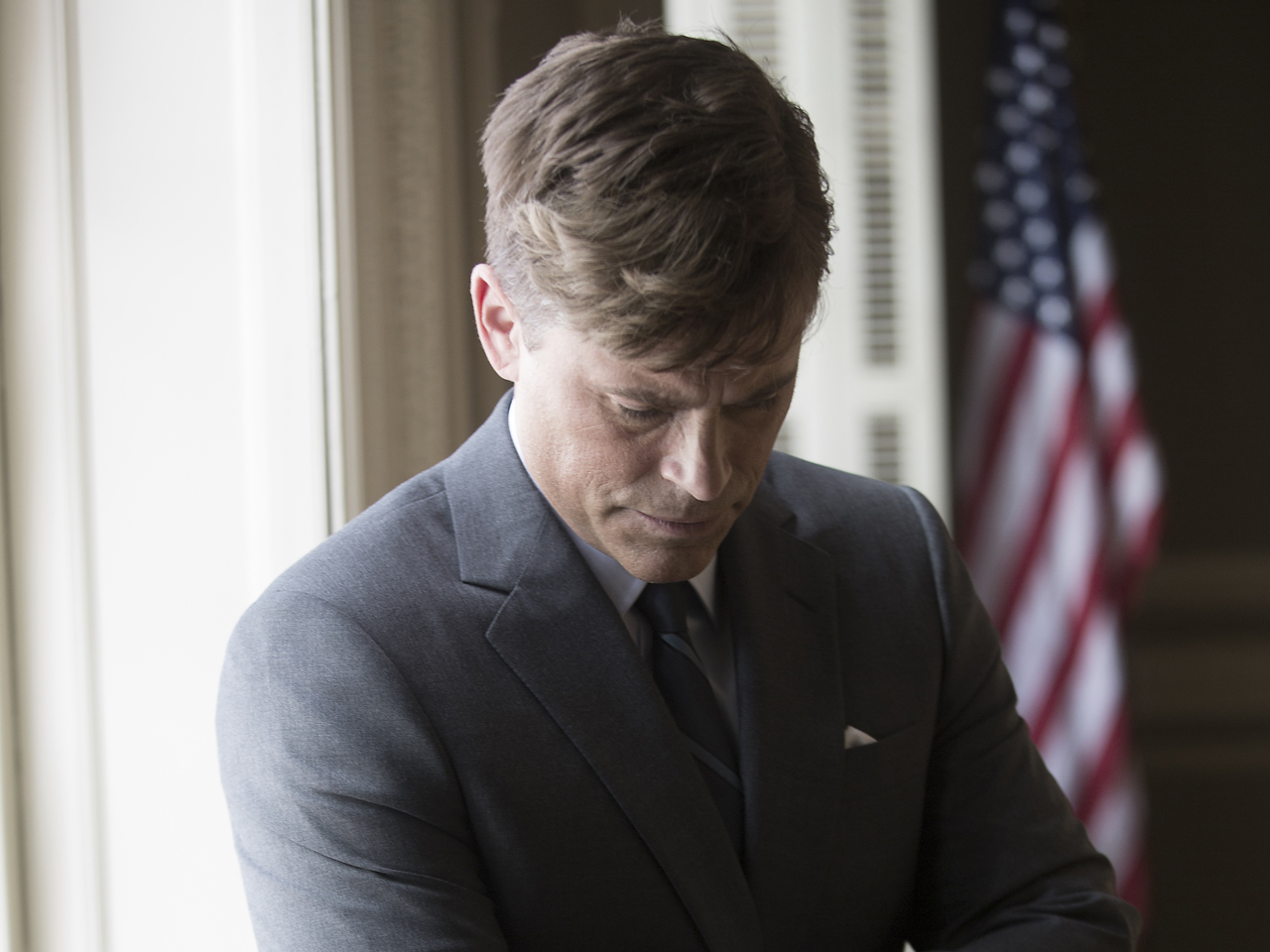 In the clip, the actor is seen delivering a speech as Kennedy. "This is a very dangerous and uncertain world," he says. "No one expects that a life will be easy, but I am confident, as I look to the future, that our chances for security, our chances for peace, are better than they've been in the past."

There are also glimpses of Will Rothhaar as Lee Harvey Oswald, Michelle Trachtenberg as his wife, Marina Oswald, and Gennifer Goodwin as first lady Jacqueline Kennedy.

"Killing Kennedy," based on the book by Bill O'Reilly and Martin Dugard, premieres Nov. 10 on the National Geographic Channel.