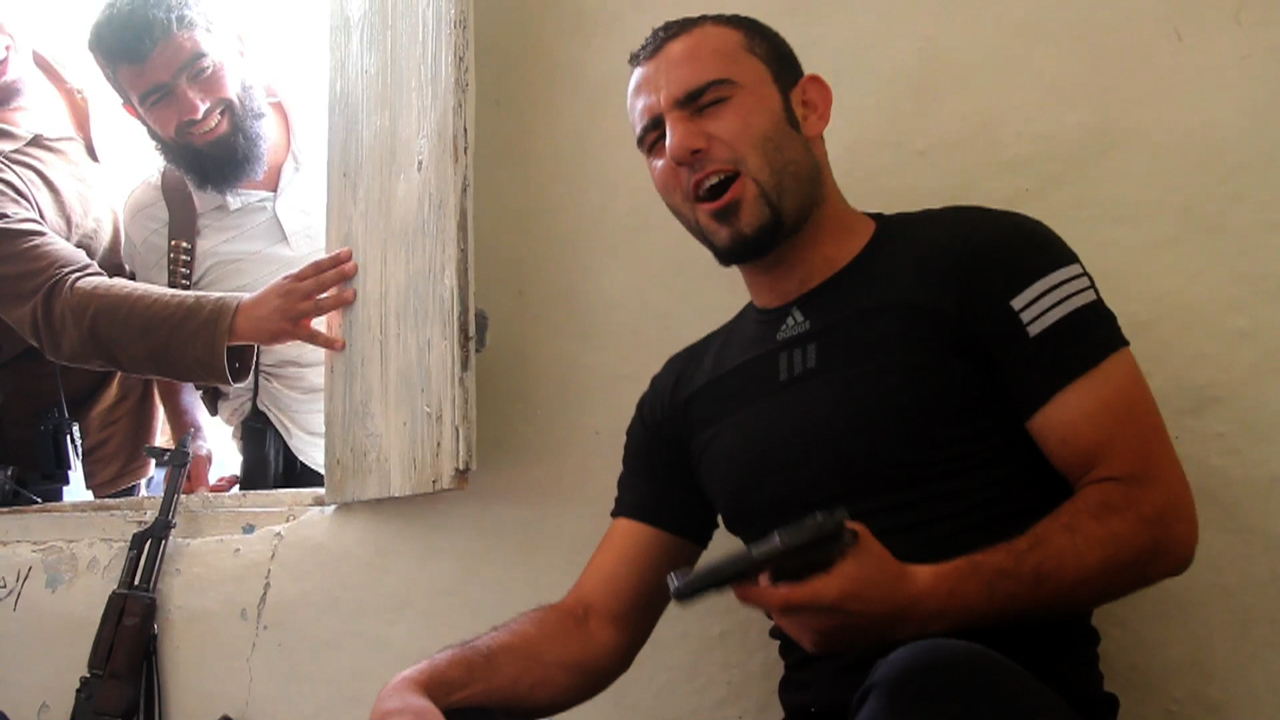 (CBS News) As with any revolution, most of the fighters on the front lines for Syria's rebels are not soldiers. They are doctors, cab drivers, and professors who feel they have little choice but to fight.

"The suffering of the Syrian people, the suffering of men, women and children, some of them trapped by fighting, is getting worse," Major General Robert Mood, the head of the U.N. observer mission in Syria, said recently.

Yet among Syria's rebels, hope springs eternal. Otherwise, why would they fight? And among one rebel fighting group, a former music and sports teacher named Ahmed Harmeen tries to keep the mood light whenever possible, if but to distract from the new chaos of their lives.

When Global Post's Tracey Shelton visited Harmeen and his fellow fighters, she was treated to a surprising talent of his: The singing of American pop songs -- specifically, the Backstreet Boys.

In the clip above, Harmeen belts out a few words of the 90s boy band Backstreet Boys' megahit "Show Me the Meaning of Being Lonely." (Original song and video here.)

"Show me the meaning of being lonely/ So many words for the broken heart/ It's hard to see in a crimson love," Harmeen sings.

The words take on a whole new meaning when sung from the lips of a freedom fighter liable to die any day, rather than a blond boy band singer.

To get a fuller grasp of the struggle facing Syria's ordinary people turned rebel fighters, watch Shelton's complete report below.