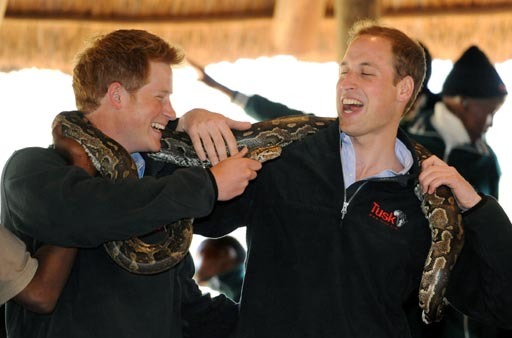 (CBS) The royal wedding has a lot more pomp and circumstance than the average wedding. Hats. Fruitcake. And, of course, royalty.

What it has in common with nearly all weddings is a preceding stag - that is, bachelor - party.

The Sun reports that Prince Harry is organizing the stag party for his brother, Prince William. The Prince's last hurrah as an unmarried man will include watersports, from speedboat racing to water skiing, followed by a pub crawl by boat.

There's no booze allowed at the stag party while the group is on boats, reports the Sun. That changes after the lads disembark for the pub crawl. "[T]he day ends with a trip up a nearby estuary to visit a string of pubs and restaurants accessible only by boat," writes the Sun. There are also plans for a barbecue.

Part of the reason for water activities is to avoid paparazzi, reports the Sun. The party-goers will stay at a friend's house to cut down on expenses.

Prince William and Kate Middleton will marry on April 29.