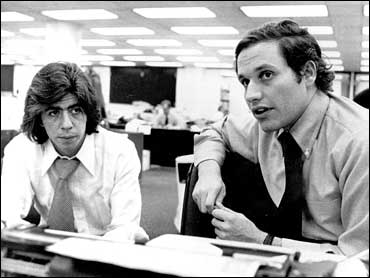 The University of Texas at Austin announced Monday it is paying $5 million for the Watergate papers of Washington Post reporters Bob Woodward and Carl Bernstein.

Woodward and Bernstein have worked out an agreement with the university to archive the documents, including reporters notebooks and assorted pieces of paper, at the Harry Ransom Humanities Research Center.

The center will preserve the papers and make them available for study.

The vast majority of the documents will be available to the public within a year, said Thomas Staley, director of the Ransom center.

But documents protecting the identity of secret source "Deep Throat" and up to several dozen other previously unidentified sources will be kept confidential until the deaths of the sources.

Woodward and Bernstein said a trustee will be chosen to eventually help release the sources' identities. Details of how that will be done have not yet been worked out.

The two reporters said they did not discuss placing the documents, enough to fill about 75 file boxes, with any other institution.

The reporters also said they are donating $500,000 to UT to establish a series of conferences on Watergate.

"From the beginning of the investigation, Woodward and Bernstein adhered to one rule: They threw away nothing and kept all notes and drafts of stories. The result is a meticulous record of the Watergate story from beginning to end," UT President Larry Faulkner said.