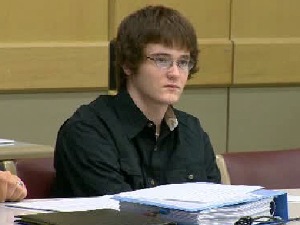 Defense lawyers say 17-year-old Treacy suffered from post-traumatic stress disorder stemming from his brother's recent suicide. Ratley told Treacy in one of several rude text messages between them to go be with his dead brother.

Treacy, who has pleaded not guilty in the attack, faces a potential 50-year prison sentence if convicted of first-degree attempted murder for kicking and stomping Ratley outside the middle school. The attack caused permanent brain injuries.