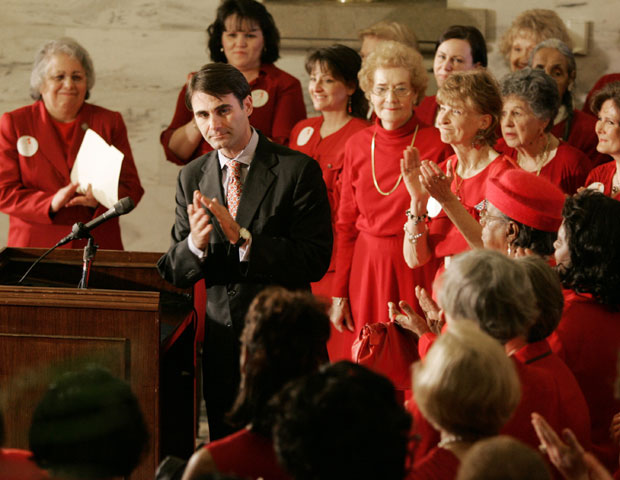 NEW YORK (CBS) Don't be surprised if your friends and coworkers are all wearing the same color today.

It's part of a plan - one put forth by the American Heart Association to draw attention to heart health for women.

On Feb. 4, 2011, designated National Wear Red Day, people across the country have been encouraged to wear red to show their support for the association's Go Red For Women campaign and to help raise awareness of heart disease. Many celebrities, including Betty White and Jennie Garth are supporting the effort.

Also, since the Go Red For Women campaign launched in 2004, cities have turned their landmarks red on this day to help raise awareness. Some of these locations have included Niagara Falls, the Empire State Building, state capitol buildings and Pike Place Market in Seattle.