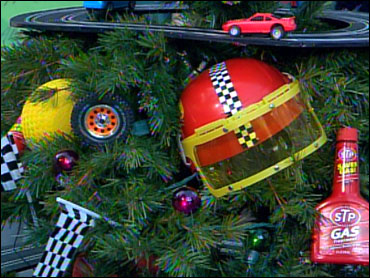 David Wells' catcher said the lefty can be forgiven for a bad game.

"You just have to give him a Mulligan on this one," catcher Darrin Fletcher said after Wells was hit hard Thursday in the Blue Jays' 15-7 win over the Kansas City Royals. "He knows he has to make better pitches, but he's made a lot of starts for us."

Wells, who wasn't available for comment, gave up seven runs and 11 hits in just 3 2-3 innings, his shortest outing since April 14 against Seattle. But Toronto's offense bailed him out.

Tony Batista hit his 34th homer, leaving him tied for the American League lead, and had a go-ahead single.

"Every time he came in, he got it in the middle of the plate and they whacked it," Blue Jays manager Jim Fregosi said.

Chris Carpenter (8-10) won in relief for the first time this season, giving up two hits in 4 1-3 scoreless innings. Overall, it was his first victory since July 6.

"It was a hit parade and we'll take our win," Carlos Delgado said. "Boomer didn't throw good, and Carpenter picked him up, and we scored some runs."

Brad Fullmer hit a three-run homer for the Blue Jays, who outhit Kansas City 17-14 and won for just the fifth time in their last 11 games. Shannon Stewart was 3-for-6 with a homer and three RBIs, and Alex Gonzalez was 3-for-6 with two RBIs.

Chris Fussell (4-3), who relieved with the score 7-7 in the fourth, gave up three runs and two hits in two innings.

Brian Meadows, making his first start since the Royals acquired him from San Diego on July 31, was tagged for seven runs and eight hits in 3 2-3 innings.

Toronto trailed 6-3 in the fourth before going ahead on Batista's homer, which tied him with Chicago's Frank Thomas, consecutive doubles by Jose Cruz Jr. and Craig Grebeck, and Stewart's two-run homer.

Jermaine Dye's RBI double tied it in the bottom half, but Dave Martinez walked against Fussell leading off the fifth, advanced on Delgado's groundout and scored on Batista's two-out single.

Toronto made it 13-7 in the sixth on Gonzalez's RBI double off Fussell, run-scoring singles by Martinez and Delgado off Tim Byrdak and Fullmer's 24th homer, his 10th since the All-Star break.

Stewart and Gonzalez added RBI singles off Jerry Spradlin in the seventh.

Randa hit and RBI double in the third and scored on Hector Ortiz's infield single.