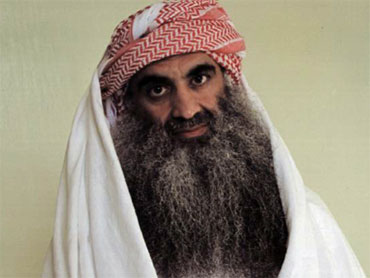 U.S. security officials have expressed concern over reports that five al Qaeda members detained at Guantanamo Bay were allowed to use laptops and may have been able to pass sensitive information to other alleged terrorists, reports the Washington Times Friday.

Senior Pentagon officials approved the use of the laptops in September 2008, which did not have Internet access, to Khalid Sheikh Mohammed, seen at left, and four other men alleged to be 9/11 conspirators, the Washington Times reports.

The practice allowing the detainees use of the laptops lasted until this January, when Attorney General Eric Holder decided to try the men in civilian court.