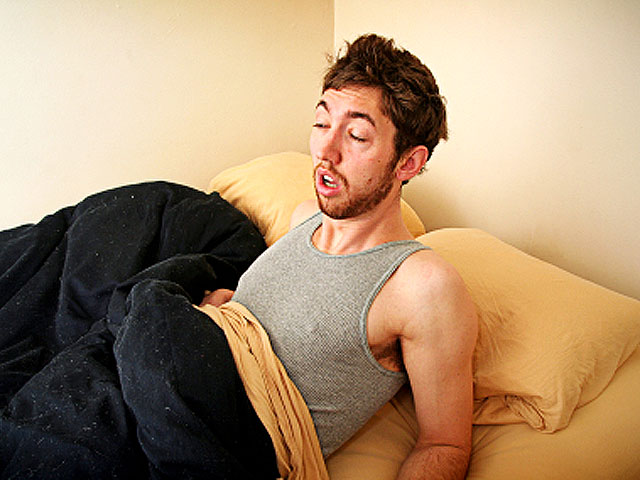 Tune in much to popular culture these days and you might think that Americans never sleep. We're so busy, busy, busy with work and family and everything else on our plates that there's just no time to hit the sheets. Eight hours a night? Who gets that?

Well, a lot of us, it seems. According to the American Time Use Survey, conducted by the Bureau of Labor Statistics, the average American sleeps 8.67 hours on an average day (8.38 on weekdays, 9.34 on weekends). Granted, that "average American" includes older teenagers and retirees. But even those we think of as busiest sleep a lot. The average employed mom who has preschool-aged kids sleeps 8.41 hours per day. Fathers of young kids sleep 8.25.

Now, of course, an average doesn't mean anything about any particular person. Even if the average American sleeps well over eight hours a night, that doesn't mean you do. But I used to think I slept around six hours a night. When I've forced myself to keep track of it, it turns out I get pretty close to eight. We tend to use "hours of sleep" as a proxy for feeling stressed or behind on things, or tired, even if these are not the same.

Plus, bad nights are just memorable. The ones where all three of my young kids have woken up at different times are burned on my brain. Due to the vividness, we tend to think of them as happening more often than they do.

We're aided in this time fog by various polls on sleep that broadcast the bad results, not the good ones. Every year, during this part of March, the National Sleep Foundation releases its annual Sleep in America poll. The headlines journalists produce from it tend to be about sleep deprivation, even when the numbers suggest a different story. This year, the NSF reports (among many other things) that roughly one in 10 Americans say they are likely to fall asleep at inappropriate times (like in meetings). But another way to spin that is that nine out of 10 aren't falling asleep randomly. In 2011, the NSF reported that about 15 percent of adults aged 19-64 got fewer than six hours of sleep on weeknights. If you do the math, this would seem to mean that 85 percent of Americans are sleeping over six hours. But that's less interesting, so no one likes to report on that.

Except me. When you force people to keep track of their time (as the American Time Use Survey does) it turns out that on average, we're doing pretty well on the sleep front. Most of us have time in the 168 hours we all have each week to sleep around eight hours a night (56 total) and have 112 hours for other things -- plenty of time to work 40-50 hours and have a personal life too. I think that's worth celebrating, and putting in headlines.