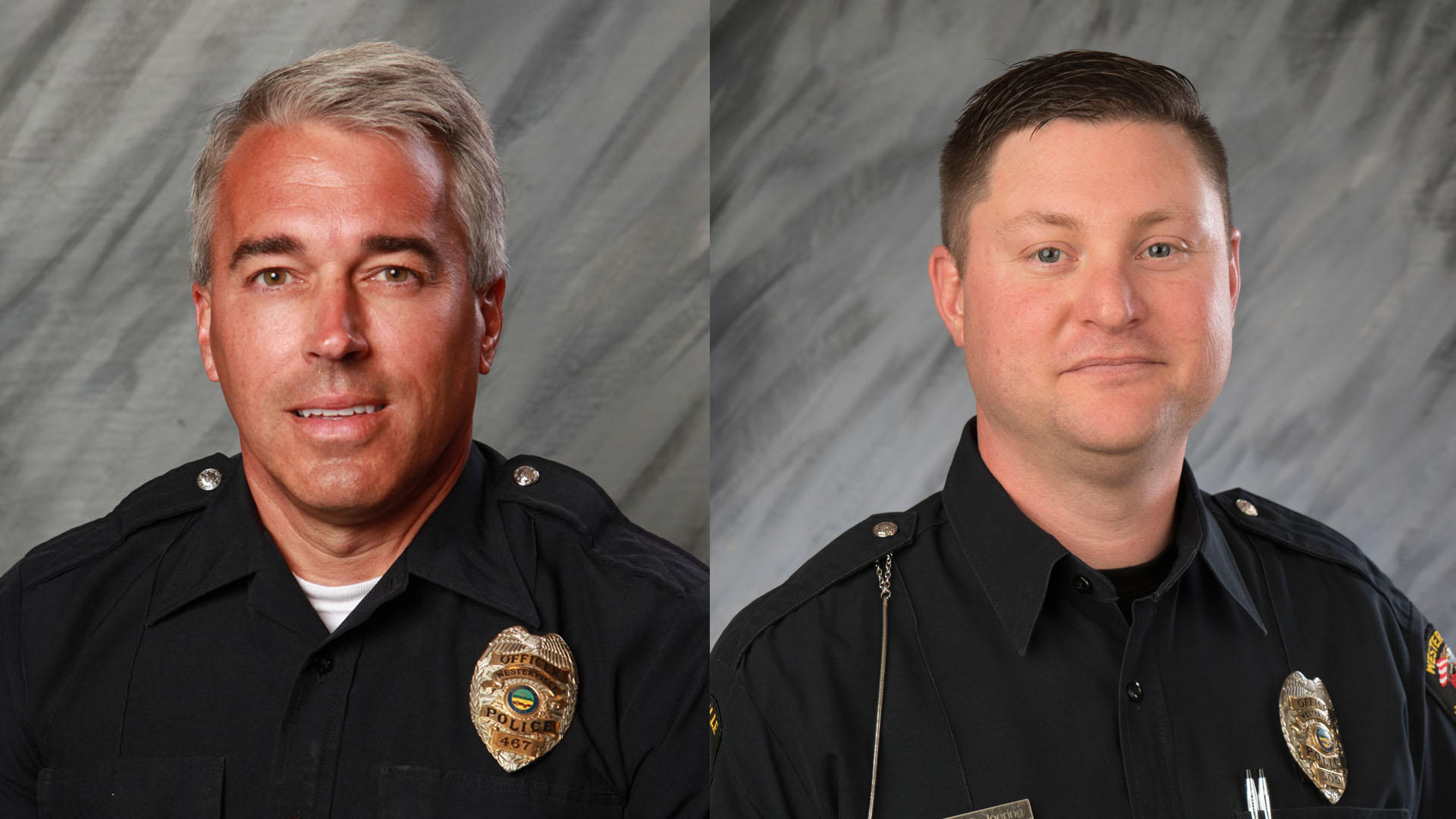 WESTERVILLE, Ohio -- A man was charged Monday with providing the gun used to kill two Ohio police officers, as the officers' bodies were escorted in a procession to funeral homes in the suburban community they served. Community tips, social media posts and a gun trace led authorities to Gerald A. Lawson III, 30, said Ronald Herndon, an agent with the Bureau of Alcohol, Firearms, Tobacco and Explosives (ATF).

As a felon convicted previously of burglary, the shooting suspect, Quentin Smith, was prevented from having a weapon. According to a criminal complaint filed in Monday, Smith gave Lawson the money to buy the gun along with $100 for completing the transaction. Firearm trace results indicate the Glock firearm was purchased by Lawson in Broadview Heights, reports CBS affiliate WBNS.

The 30-year-old Lawson made a brief appearance in federal court Monday where he was not required to enter a plea. A bond hearing is set for Wednesday.

It was not clear whether a lawyer had been appointed for Lawson. The lawyer identified by a federal magistrate as Lawson's attorney told The Associated Press he has not yet been retained.

More than two dozen police officers crowded into the hearing Monday, almost all from Westerville in suburban Columbus, the department that lost two officers in Saturday's shooting.

The shooting took place around 11:30 a.m. Saturday on Crosswind Drive. Officers Anthony Morelli, 54, and Eric Joering, 39 were responding to a hang-up 911 call at Smith's townhouse Saturday when they were shot, police say. Joering, a 16-year veteran, was killed at the scene. Morelli, a 29-year veteran, died in surgery at Ohio State University Medical Center, Westerville Police Chief Joe Morbitzer announced during a press briefing Saturday.  Smith was also wounded, and remained hospitalized.

Westerville police had gone to Smith's townhouse where he lived with his wife, Candace, for domestic disputes three times since September, and neighbors said they frequently fought.

Smith, 30, is charged with two preliminary counts of aggravated murder. He could be indicted on formal charges including the possibility of a death sentence because the victims were police officers killed in the line of duty, said Franklin County Prosecutor Ron O'Brien.

The Columbus lawyer who represents Smith and his wife in a bankruptcy case said he was shocked by the news.

Smith was cooperative, polite and personable during meetings about his case, attorney Mark Herder told the AP on Monday.

Smith and his wife owed nearly $120,000 at the time of bankruptcy filing last summer, records said. They listed a gun among their property, though not the one allegedly used in the shootings, the couple's bankruptcy filing said.

The federal bankruptcy system does not vet applicants for criminal backgrounds, and the couple successfully completed all requirements of the bankruptcy proceedings, Herder said.

Smith was sentenced to three years in prison in 2009 on a burglary conviction with an added enhancement of having a gun. He left prison in 2011 and was released from parole, called community control in Ohio, in November 2013, according to the Ohio Department of Rehabilitation and Correction.

In 2011 while in prison, Smith was accused of beating up a fellow inmate, punching and kicking him while he was on the ground, according to disciplinary records obtained by the AP. Smith was punished with 15 days in a cell away from the prison population, records show.

Hundreds watched Monday from streets and highway overpasses as the officers' bodies were escorted to funeral homes in suburban Westerville, northeast of Columbus.

A charitable fund created for the families of the officers has raised more than $270,000 in a day. The GoFundMe site organized by a central Ohio Fraternal Order of Police chapter was created after Saturday's fatal shooting.

Attorney General Jeff Sessions offered his condolences to the officers' families during remarks to the National Sheriff's Association on Monday.

"The officers gave their lives in defense of others," Morbitzer said during a news conference Saturday as he fought back tears. He went on to call them "true American heroes."

President Trump called the shooting a "true tragedy" Sunday and said he offered his condolences to Ohio Gov. John Kasich.