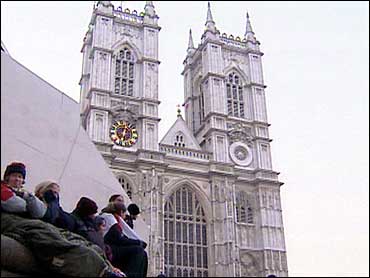 Kate Middleton was photographed by the Daily Mail newspaper emerging Wednesday evening from Westminster Abbey, prompting a flurry of speculation that the 1,000-year-old landmark in central London will be site of the wedding of Prince William and his new fiancé, Kate Middleton.

"Early Show" co-anc hor Maggie Rodriguez called the abbey a "curious choice," since it was also the setting for the funeral of William's mother, Princess Diana.

"It's obviously got very poignant memories for Prince William," Seward observed, "but this is where royal weddings normally happen. Logistically, it works. It's near Buckingham Palace. If there was a terrorist threat, there are underground passages which lead from the abbey to Buckingham Palace. So, all in all, it works."

Seward also discussed who'll foot the enormous bill for the gala, and the thing all brides think about almost from the get-go: the wedding dress: