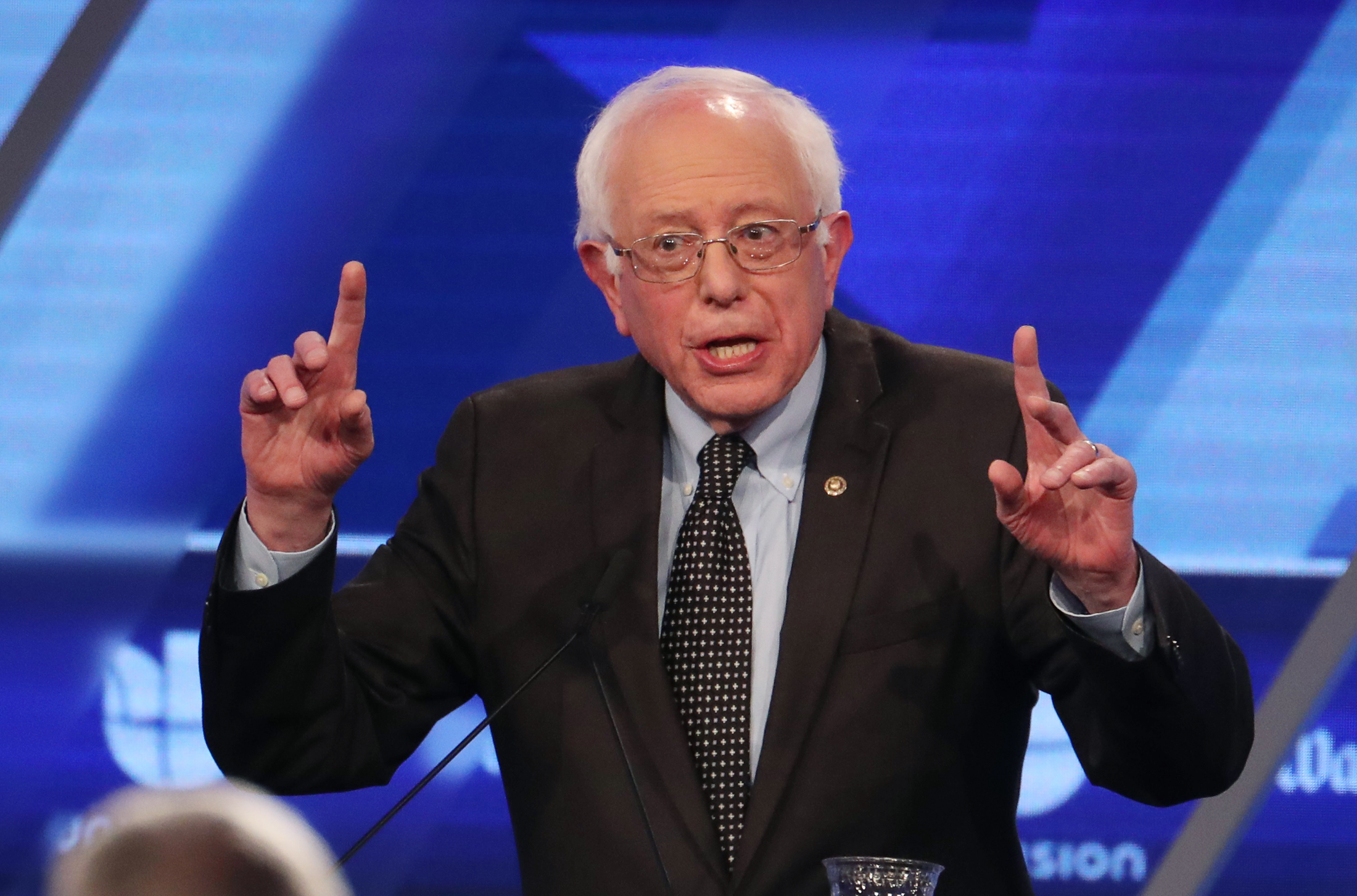 Bernie Sanders sent the Twittersphere into orbit about the color of the suit he was wearing: Was it brown? Was it blue? Was it black?

The social media stir represents the closest thing in the presidential campaign thus far to the #TheDress. Just about a year ago millions online disagreed over the colors in a striped dress: was it blue and black or white and gold?

Here's someone who saw blue:

Before the night was over, Sanders' suit even had its own Twitter handle, BerniesSuit.

The Sanders campaign's rapid response director, Mike Casca, tweeted about the issue last night, though it seemed even he got the color wrong on the first try: