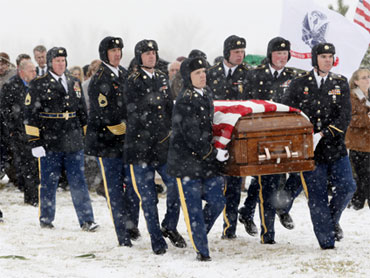 Pakistan has banned the latest issue of Newsweek's international edition, saying an article on new interpretations of the Quran, the Islamic equivalent of the Bible, is offensive to Islam.

The information minister said Thursday that customs authorities have been ordered to seize copies of the edition.

"The article is insulting to the Quran," the minister, Sheikh Rashid Ahmed, told The Associated Press. He said officials fear the article could incite violence in a nation wracked by feuding between militant members of the Sunni and Shiite sects of Islam.

"The decision was taken to prevent religious violence and control law and order situation."

In New York, Ken Weine, a Newsweek spokesman, said the magazine stands by its story. "This does happen in some places around the world with one of our 10 international editions," he said.

Ahmed said it was headlined: "Challenging the Quran."

An article with that title on Newsweek's Web site deals with a new interpretation of Islam's holy book by a German scholar of Semitic languages, who uses the pseudonym Christoph Luxenberg.

He argues that the language of the Quran has been misinterpreted and that in verses detailing the rewards of heaven the text's original word, meaning "white raisins," was mistaken for the word "houris," or dark-eyed virgins, the article says. He also questions Islamic rulings that women cover themselves and says the Quran was originally a Christian document, the article says.

Ahmed, whose ministry oversees publication and distribution of newspapers and magazines, refused to comment on the article, saying only, "Very strange things have been written about the Quran."

Most of Pakistan's 140 million people are Muslims. Under Pakistan's blasphemy law, it is an offense punishable by death to offend Islam, its prophet or its holy book.