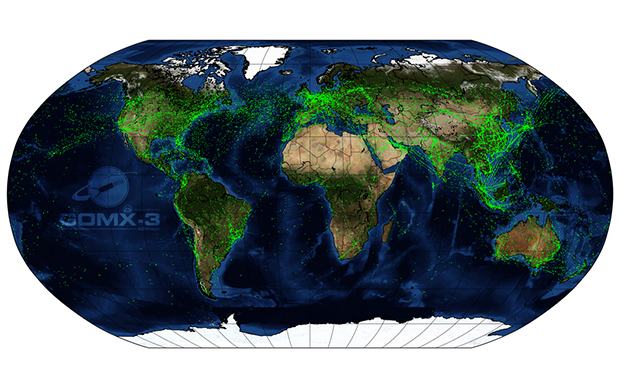 Aircraft zooming across the skies leave invisible traces that can be tracked by satellite, giving us an extraterrestrial view of air traffic all over the Earth. This image, courtesy of the European Space Agency's GomX-3 CubeSat, a modular satellite, maps the paths of aircraft that the the satellite has glimpsed while orbiting around the planet.

The satellite has a helical antenna that is used to detect the signals that aircraft emit. These signals, called ADS-B signals, provide information like speed, position, and altitude, according to the ESA's website.

On this map, the crisscrossing green lines represent all those flights speeding across our skies.