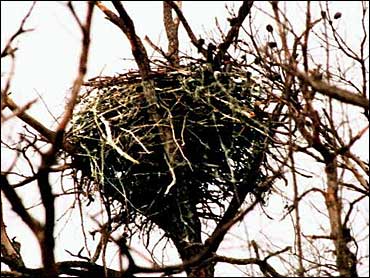 My wife and I have an 18-year-old daughter and a 21-year-old son. So, people keep asking us how we're going to handle having an "empty nest." After we stop laughing, our answer is always the same — we'll believe it when we see it. We aren't the only parents aware of the "boomerang syndrome" in which kids move out, then move back into the house, then out, then back. It doesn't bother us. It's nice to have kids around, and we assume that we won't still be feeding them and trying to get them off the couch when they're 35. We won't, will we?

If you're concerned about continuing to support your children financially or emotionally long after you thought it would be over, now there may be a good reason to take heart. The latest theory on why humans live longer than many other species is because we have to live longer to keep taking care of our kids. They wouldn't be able to survive without us. So, if you're annoyed about writing those tuition checks for their eighth year of college, or if it's driving you crazy that they don't want a job that "isn't fun," remember that their attitudes could be responsible for your living to a ripe old age.

In his new theory, Dr. Ronald Lee of the University of California at Berkeley says that species that "invest in their children" live much longer than those who don't. So, birds who kick their kids out of the nest might be able to take adults-only vacations, but they probably won't ever qualify for senior discounts. Some animals are even less involved with their children. Certain insects mate, have their babies, and then die. Evidently, they just don't have the stomach for living with their offspring through the driving and dating years.

Because human kids continue to be dependent on them, more and more parents keep working longer than they planned, so grandparents come in to pinch-hit. Keeping Dr. Lee's theory in mind, those grandparents must continue to live longer and longer so they can help with those kids and live out their genetic propensity to sneak the kids money behind the parents' backs. Then as children become adults, they help their parents. If people didn't live to a nice old age, then their kids couldn't satisfy their biological need to tell them to move out of the old neighborhood and into a condo.

In other words, Dr. Lee's evolutionary theory is that we all need each other, so we continue to live longer in order to keep helping each other. Sounds pretty nice, doesn't it?

But wait a minute. What about those tortoises who live for 200 years? Do they live long so they can be around when their daughter needs help with the down payment on the house that she and that unemployed husband of hers just bought? Are they spending the better part of a day, helping their grown child look for his lost credit card? Do they leave their 160-year-old kid's room exactly as he left it "just in case" he moves back in? I don't think so. In fact, once tortoise eggs hatch, the mothers go away and the hatchlings are on their own. How do you explain that one, Dr. Lee?

So what does this mean? Maybe it proves that it's not essential to be overly involved with our kids if we want to have a long life. But if you want to just push them into the cruel world, you've got to be a little cold-blooded and have a hard shell.