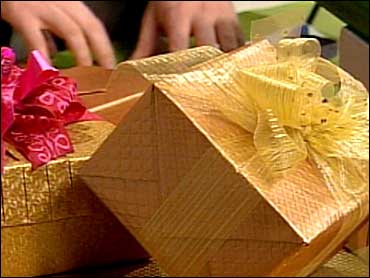 We've survived Black Friday and Cyber Monday. But now those holiday gifts need to be shipped out. Between FedEx, UPS and the U.S. Postal Service, more than 20 million packages ship every day. But what really happens to those packages we send out?

"Early Show" Consumer Correspondent Susan Koeppen wanted to find out. On the broadcast Tuesday, she shared the results of an interesting experiment by Popular Mechanics magazine.

Koeppen said, "The tech wizards at Popular Mechanics wanted to know what happens, so they rigged a package - and sent it on its way. And found out just how many times that box took a beating."

But how did they do it?

Glenn Derene, senior technology editor of Popular Mechanics magazine, explained, "We figured there must be a technological way to get inside a package and find out how much abuse really occurs."

So they put a device inside a package to measure how many times it was flipped or dropped.

Derene said, "When it's jostled and really jumped around or pushed or dropped, etcetera, it's going to record every single time that happens."

They sent the same package, 12 times from New York, to Santa Monica, Calif., to Austin, Texas and back to New York, using shipping giants Fedex, UPS and the U.S. Postal Service.

Derene said, "We found that quite a bit of abuse occurs while your package is in transit."

FedEx dropped the package the most -- around three times per trip -- followed by UPS, and the U.S Postal service.

The FedEx package was flipped an average of seven times. UPS, four times, and the U.S. Postal Service came in at 12.5 flips per delivery.

Derene said, "We were surprised that it occurs on almost every trip."

Popular Mechanics also put the words "FRAGILE" and "This End Up" on the box for some of the deliveries. On those trips, Koeppen said, the box was treated even worse.

But don't worry, it wasn't all bad news, Koeppen said. The package arrived on-time -- or early -- with each delivery.

Derene said, "We have to give them a lot of credit for getting the packages there fast. It would just be nice if they got them there fast and in one piece."

Koeppen added on "The Early Show", "Popular Mechanics and the shipping giants all agree this was not a scientific experiment. They were having some fun here."

So how should you package your boxes?

Koeppen suggested these tips:
• Use new boxes: "Don't use old boxes. They actually lose half their strength as they're being used."
• Pack with peanuts not newspaper: "(Newspaper or other paper) will actually compress during shipping. ... Make sure the item is in the middle of the box. And fill the box with peanuts so much that it's actually hard to press (the box) down. ... Make sure it's at least three inches around your item."
• Wrap fragile gifts in bubble wrap: "You have a glass vase, use bubble wrap."
• Protect non-fragile items in plastic bags: "If you're sending something that can get wet, make sure you wrap it."
• Put extra address label inside: "Write out a label and drop it in the box, in case anything happens to the box."