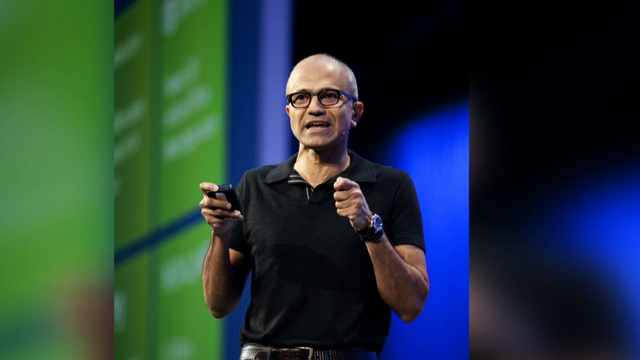 Now that Microsoft (MSFT) has named Satya Nadella as its new CEO, what might he have in store for the software giant?

Like any new chief executive of a large public company, he will be under pressure to make an impact – fast. Better placed than an outsider to know what’s needed, Nadella will nevertheless need time to develop a coherent strategy. Outdoing Microsoft CEO Steve Ballmer, ever the salesman, always looked like he was chasing a sale.

For Microsoft to rebuild credibility, it needs to be more considered and concerted in everything it does. Here's what the company needs:


A coherent culture. Microsoft's most recent reorganization, which consolidated eight divisions into four, was a first attempt to eliminate the dog-eat-dog culture that has inhibited creativity at the company. Dismantling its forced ranking system has been a useful adjunct to that. But the company badly needs a sense of itself as a whole -- not a Darwinian jungle with each team out for itself, but a company that stands for something. Nadella is, by all accounts, a quieter character than Ballmer and less mythical than Bill Gates. He should regard that as a strength, not a weakness. Domineering leadership stymies originality and inspires the kind of submissive conformity that companies -- especially technology makers -- can no longer afford.

Embrace dependency. One legacy of the faith in internal competition was the corollary that working on dependent programs or pieces of software was somehow a second-class job. But from a user’s perspective, nothing could be further from the truth. One reason a coherent culture is so critical is because it is a necessary condition for coherent product lines -- the ability to deliver software and hardware that interoperates seamlessly. Dependency, it turns out, isn’t for wimps -- it's for grown-ups.

Safety first. Critical to an innovative culture is a climate of safety -- a sense that mistakes and crazy ideas won’t wreck your career. One reason Microsoft became less innovative was because its assessment system made new ideas, and the debate that they need to flourish, professionally lethal. So Nadella needs to make people feel that Microsoft is a company where risky ideas will get a hearing.

Safety is a much underrated virtue. Few people rave about hotels or restaurants or software that is safe to use. But that doesn’t mean it doesn’t matter. As cloud computing becomes more pervasive, for example, the security risks that it represents will grow exponentially. There are reputations and fortunes to be made (or lost) by getting security right. And if the workforce feels safe too, who knows what great ideas they might come up with?

Whither the PC? The personal computer, cornerstone of Microsoft’s fame, influence and fortune, increasingly looks obsolete and anachronistic. Unifying the interfaces between phones, tablets and laptops will give the PC a last lease of life, but Nadella should signify a willingness to let the PC go if need be. With PC shipments falling over 10 percent last year, according to Gartner, the PC may not last forever. Just because it built the company fortune shouldn’t mean it owns the house. If IBM can abandon PCs, anyone can.

The big question, of course, remains whether Microsoft will slim down, exit some businesses or break itself into smaller units. There are no obvious answers here; everything depends on the logic behind decisions.

In most companies, reorganizations and re-engineering typically cost a full year in lost innovation and productivity. Nadella will want to avoid that – unless he believes the status quo is more costly still.