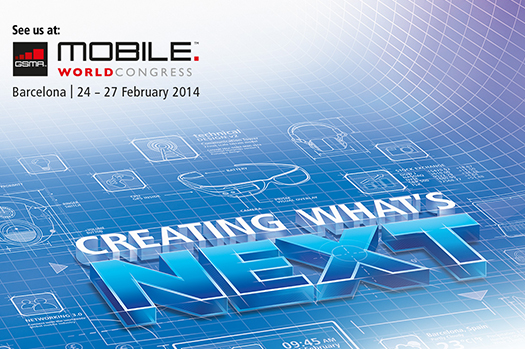 Mark Zuckerberg of Facebook and Virgina Rometty, CEO of IBM, will deliver keynote speeches; Samsung is expected to unveil the highly anticipated new Galaxy S5; and Nokia might finally be going Android.

We'll know for sure on Monday, but some companies have already started announcing new products ahead of the official start of the Mobile World Congress, which runs Feb. 24-27 in Barcelona, Spain.

LG already announced a 4.7-inch G2 Mini and its G Pro 2 phablet. There's a chance LG will also introduce a smartwatch, called the G Arch, according to PC Magazine.

Samsung it will host its "Unpacked 2014 Episode 1" event, in which it is expected to introduce the Samsung Galaxy S5, its flagship smartphone, and the Gear 2 smartwatch. Galaxy 5S rumors abound, ranging from a fingerprint sensor to an iris scanner for increased security. The company released a video teaser that has many speculating that the new phone will be waterproof.

Huawei promises to announce multiple tablets and phone, including one that supports next-gen LTE. CNET predicts one of those will be the Ascend P7. "Early rumors for the handset include a display of 5 inches to 5.5 inches with a 1080p HD resolution. Presumably powered by Android 4.4 KitKat, the Ascend P7 is alleged to have a 1.6GHz quad-core processor with 2GB RAM and 16GB internal storage," CNET's Scott Webster reports. The company is also planning a smartwatch, according to the Wall Street Journal.

Sony will focus on mobile service and devices, but there's a chance we'll hear about other divisions.

Meizu will likely announce a North America compatible version of its slim MX3 smartphone. It will be the first for the high-end Chinese manufacturer.

ZTE could introduce the first Tizen phone. PhoneArena reports that the model will be called the ZTE Geek. It will be among the company's three or four new phones unveiled at the show. Everyone is anxious to see if one of those phones will be the Nubia Z7 6.44-inch phablet beast, which isn't expected until March or April.

And on the heels of his massive deal with WhatsApp, Facebook CEO Mark Zuckerberg will take the stage at 12 p.m. ET Monday to make the keynote address. WhatsApp co-founder Jan Koum will also speak. Perhaps they'll give more insight into the WhatsApp acquisition, valued at up to $19 billion.

CNET will stream or live-blog many of the events.