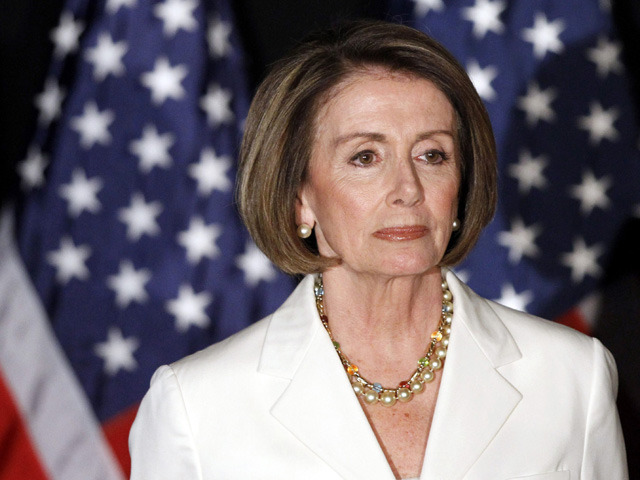 Despite rumors that she would likely to step down from a party leadership position in the aftermath of heavy Democratic losses in Tuesday's election, Speaker of the House Nancy Pelosi is said to be considering a bid for House Minority Leader.

Pelosi is said to be gauging support among fellow House Democrats, and Politico reports that she is - both personally and through surrogates - putting in calls to most if not all of the Democratic caucus to see where she stands.

"I've gotten a positive response," said Pelosi, in a Thursday interview with the Huffington Post.

"Of course, the ones you will hear from are the ones who want you to run ... Everything is very positive in what they say, complimentary about how I've kept the caucus together, complimentary about the fact that we won in the first place [in 2006] and increased our numbers [in 2008] and that we have to come right back in that regard," Pelosi said. "But I'll be very honest with you, it hasn't been something I've -- maybe tonight when I get home and after everybody goes to sleep and start reading the memos and calling people if it's not too late -- or at least I can call the West Coast, then I'll have more of an appraisal of it."

Pelosi was seen by some as a liability in more conservative states during November's midterm elections, in part due to her prominent role ushering through health care reform earlier this year. Some Democrats in the fiscally conservative Blue Dog coalition have suggested that she would do the party more harm than good as Minority Leader.

"I don't foresee her accepting that role for the simple fact of what has happened," said North Carolina Rep. Heath Shuler in an interview with Roll Call. Shuler, a leader of the Blue Dog coalition, also told Roll Call that he planned to challenge Pelosi if there was not a "viable alternative."

"I can go recruit moderate Members to run in swing districts," Shuler said. "I could do it better than she could, and that's what it's going to take. It's going to take moderate candidates to win back those seats."

Nancy Pelosi Pressured to Step Down as House Democratic Leader

"She's so smart she recognizes that it will be difficult to recruit the candidates she needs to win back the House," Shuler told the Washington Post.

But the Blue Dog caucus was all but decimated during the Nov. 2 elections.

Pelosi has not yet said when she will announce her decision, but President Obama has invited party leaders - Pelosi included - to a meeting at the White House on November 18, three days after Congressmen will return to Washington for the Lame Duck session.