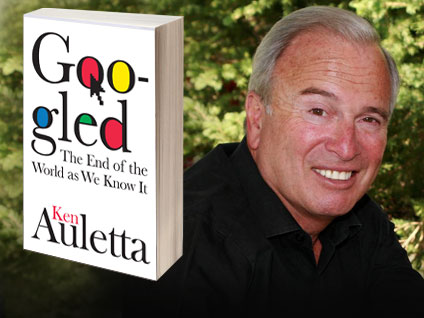 Dotty Lynch is the Senior Political Editor for CBS News. E-mail your questions and comments to Political Points


To: Bush-Cheney '04
From Lee Atwater
Re: What the Heck Have You Guys Been Doing?

As you remember, I was assigned by the Big Boss to make amends for all those bad things I did in politics in the '70s and '80s, and he made me go consult for the Democrats for the past year. My first project was to get that Howard Dean up and running until he fired Joe Trippi and let out that scream in Iowa. I think I did a pretty darn good job. I know you were counting on me to deliver Dean but even I couldn't turn that lemon into lemonade.

But I've done the next best thing: I got you John Kerry, complete with all those Jane Fonda pictures, crazy radical statements from the anti-war years (wasn't it great that old Nixon and his gang started following him back then?) and all his Massachusetts liberal votes. All you have to do is pull out that old playbook from '88 and coast. Get the president to a few flag factories and you got it made.

But what I'm hearing is that you boys had a few stumbles getting off the mark. Some of my buddies who are working on Republican campaigns this year say they are making money hand over fist because their candidates are so worried that you are going to kill them at the top of the ticket. Two hundred million bucks, a Taxachusetts senator with a voting record more liberal than Kennedy's and Ralph Nader lurking – and they are nervous?

First of all, they told me about that State of the Union. Steroids? I know you didn't want to step in it again on uranium for Africa or any of that stuff but couldn't you have come up with something a little better than steroids?

Then there's David Kay. Whose payroll is he on anyhow??? We give all that money to Halliburton and no one could have placed a few little WMDs somewhere in the big country??? What's Dick Cheney doing??

Then there's the economy. You did exactly the right thing sticking with the tax cuts; no way you are going to repeat Poppy's mistake but how did you let all those jobs go away? Couldn't some of our pioneers and rangers just hire a bunch of folks at least until November. A few jobs in the few swing states (don't worry about New York and California) and we're golden.

Then there was the drug bill. That was supposed to make you solid with the blue hairs who were taking buses to Canada to get drugs. But now they are going for Kerry and the press is all over you for "underestimating" the cost by $100 billion. That number cruncher at HHS would have had a hard time blowing the whistle if you had sent him on a nice fact-finding mission on drugs in Tahiti rather than threatening his job.

OK, so we still have gay marriage. My boy Ralph Reed knows what to do with that one as long as you give him some room to run. Don't get all nervous about those suburban women. As long as they have their SUVs and abortions they'll be fine. Laura knows how to talk suburban so get her out there.

As for the president, I'm hearing you think he can be turned into another Ronald Reagan, the jocular, optimistic big-picture guy, and let Dick Cheney be the attack dog. Dick will do just about anything to stay on the ticket, and he's raised you $100 million so far so. Let him rip.

It's still early and you still are sitting on a huge pot of cash so I think you'll be fine. But, if you start reading again that Junior's mother is getting "worried" you better bring out the big gun.. Time for Karl to leave that cushy West Wing office and hightail it over to Courthouse Square. It's his deal anyhow and he might as well come out of the closet and give the rest of you some cover.